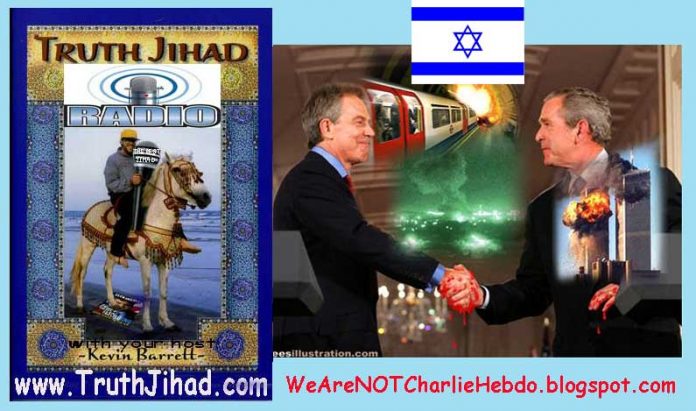 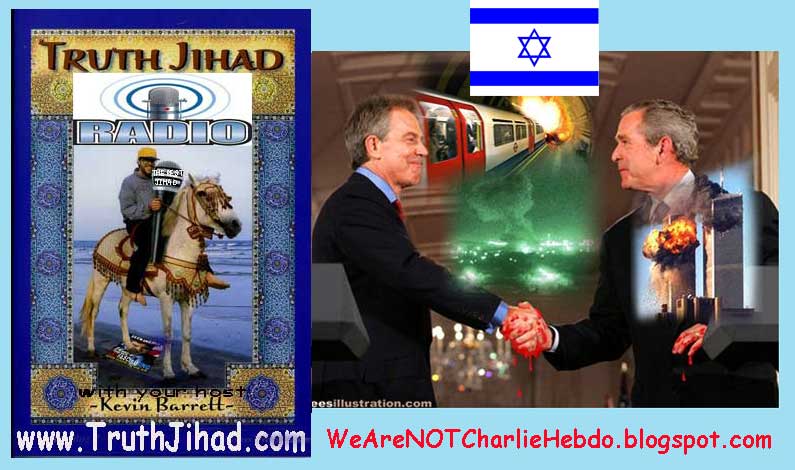 Editor’s note: The embedded Truth Jihad Radio interview with Nick Kollerstrom, author of Terror on the Tube, analyzes the recent beach resort shooting in Tunisia – whose victims were mostly Brits – as a likely PR launch for the 10th anniversary of the 7/7/2005 London bombings. For more information see my recent post Terror in Tunisia: Another false flag? And for background, check out my essay “Pre- and Post-9/11 False Flags: How Weapons of Mass Deception Are Interdependent” in the new book We Are NOT Charlie Hebdo! Free Thinkers Question the French 9/11.

Below is a brief breakdown of evidence implicating insiders and Israelis, not necessarily in that order, in the 7/7 bombings.

This essay is based upon the latest edition of the video 7-7 Ripple Effect which was recently released. This article also contains some of my own research. Here is the video:

The May 16, 2004 BBC Panorama program (London Under Attack) had a What If scenario looking at organizing TV coverage of bombings  at 3 Tube stations  and on one road vehicle. They concluded that the BBC would have to allow Security officials to dictate their coverage.

This is the same BBC that had announced the collapse of World Trade Center Tower 7 some 24 minutes in advance.

They had been told by the then Rothschild owned Reuters News agency that Tower 7 had collapsed. I think they had a time zone problem. London had just left what they call Summer time. But America was still on Daylight Savings time.

From the Ripple Effect video we learn that Peter Power on 7-7-2005 was running a mock terror drill on the London Underground. They chose the 3 tube locations and the day and the hour that the 3 bombs exploded.

Or you could improve the odds by realizing Tony Blair was Prime Minister and that Robert Kiley, a member of the Council on Foreign Relations and a former Director of Logistics for the CIA, was appointed Commissioner of Transport for London. Kiley quit in January 2006 six months after the London bombings and after five years in the job. He was paid almost £2 million in a settlement for standing down, and remained as a £3,200-a-day consultant.

There are some other long odds to calculate. The Israeli company VERINT was in charge of the CCTV cameras. The bus bomb exploded near the London headquarters of ICTS, an Israeli company. That Israeli  company ICTS  was in charge of security at the airports where  4  planes were hijacked on 911. ICTS was also in charge when the Christmas Day bomber was let on board an international flight without a passport despite having paid cash for a one way ticket and being put on a terrorist watch list by his father for being mentally unstable. ICTS was also in charge when the shoe bomber Richard Reid boarded Flight 63 from Paris to Miami on 12-22-2001.

The Israelis were also in charge of security at Fukushima on 3-11-2011 which was exactly 7 years to the day after the Madrid train bombings of 3-11-2004. The Madrid bombings were exactly 911 days after the Israelis attacked America on 9-11-2001. The Stuxnet virus was designed by the Israelis and the CIA to shut down Iran’s peaceful nuclear power project. It was found on the Siemens controllers at other plants in Japan but there is no definitive word whether or not Stuxnet played a role at Fukushima. I cannot calculate the odds of Israelis being in charge of security at terrorist events. Besides, someone might hurt my feelings by calling me a dirty, filthy anti-Semite.

The Israeli company VERINT claims their CCTV cameras on 7-7-2005 all failed. That should be added to the list of improbable events. The alternative is to believe there was no video of the 4 Muslim men because they were not on the trains.

The Ripple Effect video has CCTV from a gas station in Leeds which indicates that Mohammad Sidique Kahn, never went to London. He was  the oldest of the 4 young men and had helped the Leeds police with Asian gang problems. His wife had just been taken to the hospital where she subsequently lost her baby. He was likely arrested in Leeds and then permanently disappeared.

Charles Shoebridge, a British terror expert, believed that 2 of the 4 suspects including Kahn were MI5 agents. The two alleged leaders were likely working for MI5 and had made suicide videos as part of a training exercise. The videos released by the police mentioned no details from 7-7 and were made when both men appeared to look much younger.

John Loftus, a former US Army intelligence officer, an author and a terrorism expert, said that Americans previously refused to indict Haroon Rashid Aswat, the alleged mastermind of 7-7, on charges from previous events in the USA. Aswat was an MI-6 agent who might have been borrowed by the Americans. After the 7-7-2005 bombings, he fled to Pakistan. He was arrested on his arrival but was released after 24 hours. He was eventually extradited  to the US in 2014 after having been treated for psychiatric problems in the UK.

A few key points from the video. The police can only release still photos of the 4 suspects arriving at the Luton station because they have no CCTV video of them arriving on time. And the video proves the still photos are dodgy.

The 7:40 and 7:46 trains from Luton to Kings Cross station were both cancelled so three of the men arrived at London’s King Cross station too late for the drill. They likely figured out they had been set up after they heard the news of the bombings so they headed to Canary Wharf which had prestigious media outlets where they presumably would be safe. There was a report on both BBC TV and radio that 3 Muslim terrorists had been shot and killed at Canary Wharf. Those one time broadcasts were never repeated.

It is alleged that the fourth ‘terrorist’ who was the youngest went from Kings Cross station on the #91 bus to Euston station where he caught the #30 bus which would have taken him back to Kings Cross except that it was diverted to Tavistock square where it was blown up.

The CCTV on that particular bus had been worked on for 20 hours by a secretive crew on a previous Saturday. This job normally takes 2 hours at most. The top of the bus was taken clean off. It obviously involved cutter charges and could not have been the result of a backpack bomb. The primary witness Richard Jones claimed to have seen an Asian man on the bus. Jones also said he got off at his stop just before the explosion. That was an obvious lie as the bus had been diverted so nobody on the bus was looking for a stop near Tavistock. Jones later admitted in an interview that he had worked with explosives.

A white van was parked near the explosion. It belonged to King Star, a controlled demolition company. The bus bomb exploded near the London headquarters of ICTS, an Israeli company that, as mentioned, had run security at the 911 hijack airports. Witnesses said they heard two explosions on the bus bombing.

Witnesses on the Tube bombings said there were no backpacks and no Asians. They said the bombs exploded from underneath the floor of the trains. The video shows the directionality of the blast. Forensic exams showed the bombs were military grade plastic explosives and had timers. No suicide bombers were needed. The homemade bombs in the backpacks theory was proven false.

On 7-7-2005 Mossad and traitors within the British government killed 52 people in the London subway bombings.

So one more myth in the War on Terror dies. How long before we can be allowed to tell the truth in public without losing our jobs and being harassed?