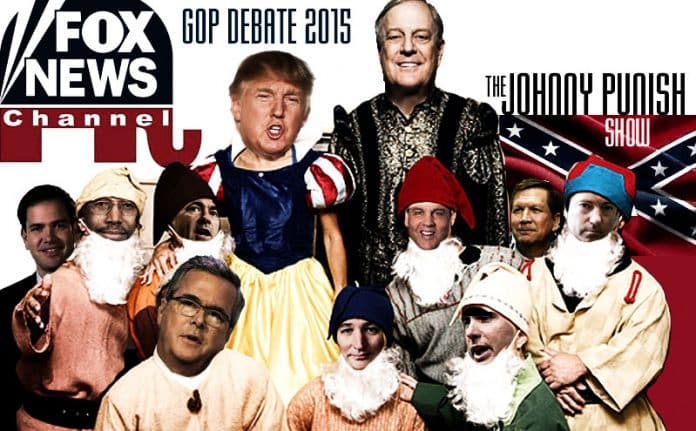 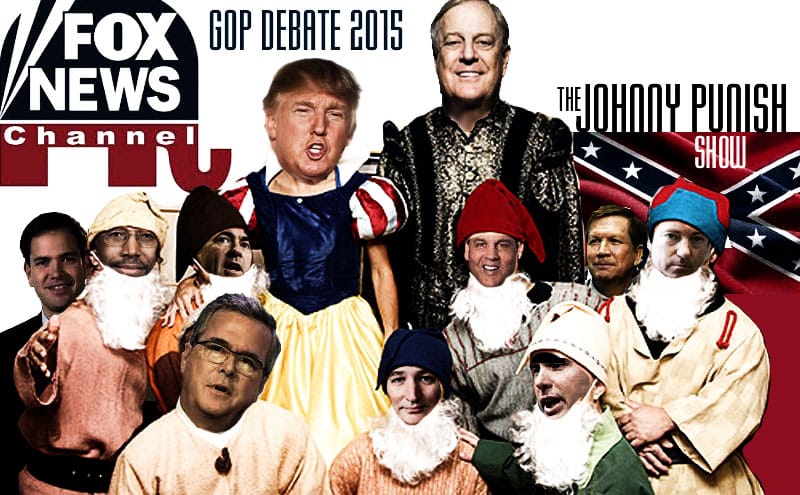 Join host Johnny Punish and his guests Michael Henry from Goodnight America and MMA Fighter / Comedian Alex Stoned as they skewer the GOP, Donald Trump, and those other guys in this pre-Debate special.

I mean, you can listen to main media pundits or rock out with Punish and his crew as they examine the clown show that is the Fox News GOP Primary Debate.