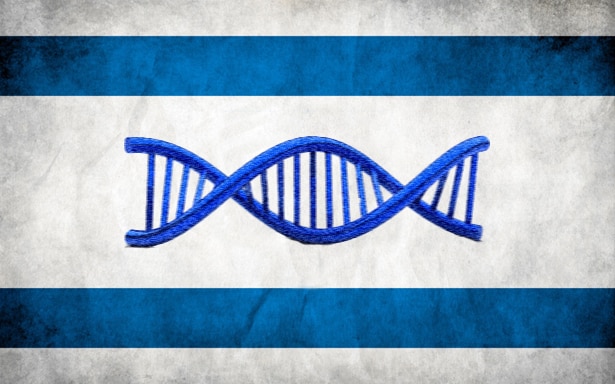 The Guardian reported this week that a study of Holocaust survivors revealed that the Jewish trauma is passed on to its children’s genes. The conclusion from a research team at New York’s Mount Sinai hospital led by Rachel Yehuda stems from the genetic study of 32 Jewish men and women who had either been interned in a Nazi concentration camp, witnessed or experienced torture or who had had to hide during the second world war.

Unlike The Guardian, that published a dry report of this ‘scientific revelation’, I am puzzled. What is the meaning of this scientific news? Does it suggest that the kids of Holocaust survivors are better adapted to the next holocaust or does it suggest alternatively that the heirs of Shoah survivors have inherited the trauma and are now entitled to German reparation money until the end of time?

On the other hand, if Zionists are telling the truth and Jews have been persecuted throughout their history and the Jewish past is dotted with holocausts, then one would expect the ‘trauma gene’ to be widely spread amongst Jews anyway. I am confused.

It is obvious that Rachel Yehuda, her Jewish team and the Jewish hospital were particularly interested in Jewish genes and Jewish suffering, but are the new findings universal? What about African Americans who survived slavery and who are still subject to institutional discrimination and constant abuse, are they also passing their trauma through their genes or is it only Jews who possess this special physiological capacity?

And what about the people who suffer at the hands of Jewish nationalism or Israeli terror?  Did Yehuda bother to find out whether Palestinians are also passing genetic information to their successors? Obviously not and for a good reason. Unlike the Nazi Judeocide that had a start and an end in time, the on-going Palestinian plight has no foreseeable end. The babies born in Gaza today do not need to inherit trauma from their parents through genetics; trauma will be delivered to them directly by the Israeli army and the Israeli air force.

In the years that followed the Shoah, some Jewish psychologists and writers expounded on the meaning of post-traumatic stress disorder (Post-TSD). I have always been confused by the term. I grew up in Israel and was surrounded by many Holocaust survivors – people with numbers tattooed on their arms. Some of them suffered enormously along the war.

Yet they were generally quite ordinary people. Some were kind, others less so, some were clever and charming, others not so much. The Holocaust was not much of an issue for them as far as I could tell. They wanted to get away from that life. If anything they tried to forget. But often their children were slightly different. Many were overwhelmingly possessed by the Shoah and made it into their new religion.

My study of the Holocaust religion led me to define the notion of PRE Traumatic Stress Disorder (Pre-TSD) – the unique ability to be tormented by an imaginary fictional event in the phantasmic future. It is the Pre-TSD condition that makes contemporary Jewish politics into a dangerous affair for Jews and the rest of us. It is Pre-TSD that enables the sufferer to see an existential threat everywhere and in anything.

If I am correct about Pre-TSD, we may even learn that within the context of Jewish trauma, it is the children who pass trauma onto the genes of their survivor parents. I am certain that Mount Sinai and Rachel Yehuda can find at least 32 members of that community that would support such post-epigenetic findings.

Meanwhile, we are clearly moving into a new phase in the study of collective Jewish phobia. The Jewish trauma now resides in the genes reports the Guardian. If true, the Holocaust religion is now forever engraved in Jewish physiology. This is devastating news for anti Semites and Jew haters – no point in tormenting the Jews anymore for the Jews are born tormented.