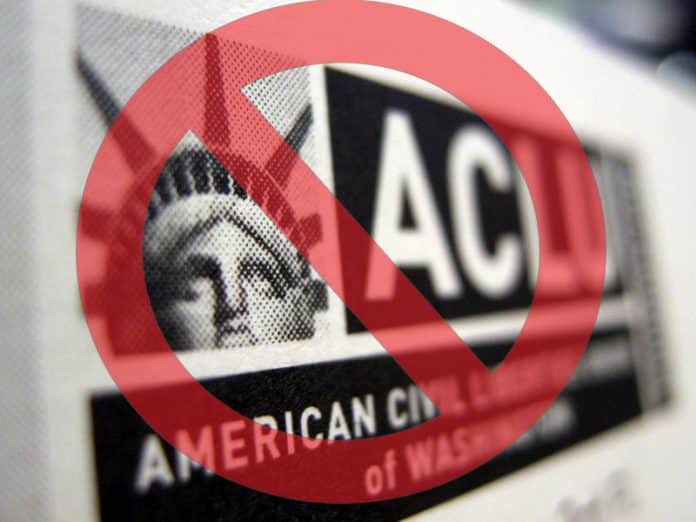 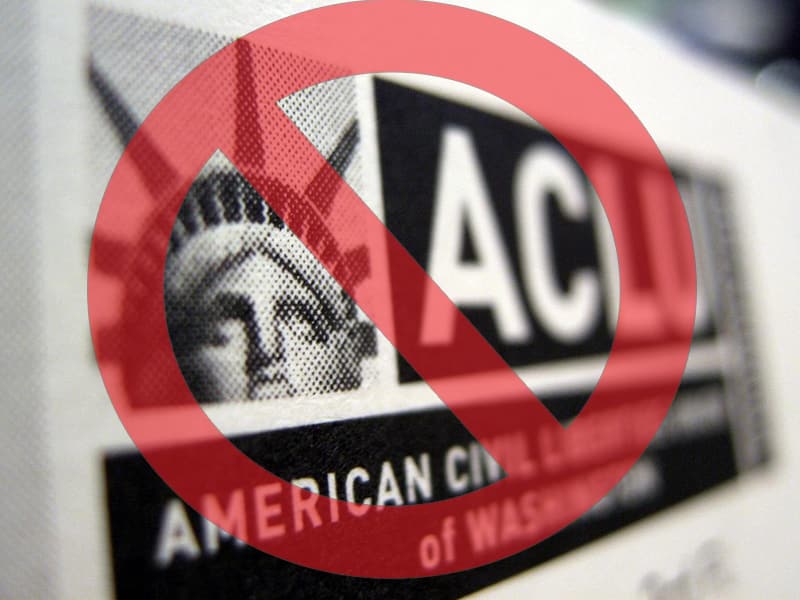 Notice to all attorneys affiliated with the vacated ACLU lawsuit — Valentini vs. McDonald — the vacated Federal Judgment, and the sham settlement agreement.

You have breached your fiduciary duty and failed our Veterans in the worst way imaginable by aiding and abetting in the giveaway of their land to illegal non-Veteran entities while dispossessing thousands upon thousands of war-injured and impoverished Veterans who are forced to live homeless and hungry on Skid Row and in back-alley squalor.

In brief, you lied to us and failed us!

On behalf of all war-injured and homeless Veterans in our nation’s capital for homeless Veterans, this is a demand notice to either enforce the “exit strategy” and promptly evict all illegal occupants as adjudicated in the Federal Judgment, or immediately vacate the illegal “Trojan Horse” settlement agreement and refile the lawsuit.

Even when you breached and violated your trust to Veterans with your sham settlement agreement, you further breached your entrusted responsibilities to enforce the settlement as promised.

This conspiratorial settlement agreement is a far bigger and greater crime than how these robber baron occupants criminally finagled their illegal “sharing agreements” that created the biggest land fraud scandal in American history.

What you have done is immoral and illegal!

Immediately after vacating the Judgment, you shamefully allowed 100 new cars to be illegally stored on Veterans land while denying war-injured and homeless Veterans to be legally housed and cared for on their own sacred land.

UCLA is spending hundreds of thousands of dollars, if not millions, to rebuild their baseball diamond (attached photos) while thousands upon thousands of homeless Veterans live on the dangerous streets of Los Angeles.

Recently, Mayor Garcetti shamefully admitted that he had failed to fulfill his promise to end Veteran homelessness by the end of the year (the settlement agreement promised it as well), yet last night he took a direct flight to Switzerland to commit the City of Los Angeles to the 2024 Summer Olympic Games backed up with a promise of $4.6 Billion to fund the event.

Meanwhile, the ACLU attorneys along with the VA’s McDonald, Kane and Gore, Politicians Feinstein, Boxer and Lieu, etc., have all declared there’s no money to build a new Veterans Home for Veterans.

Cutting and running on war-injured and homeless Veterans and leaving them homeless and hungry on Skid Row is the cruelest, most inhumane and degrading treatment and punishment imaginable in a so-called civil society.

When Garcetti arrives in Geneva, the United Nations Council on Human Rights should arrest this feckless ingrate for violation of their Article 5 of the Universal Declaration of Human Rights — “No one shall be subjected to torture or to cruel, inhuman or degrading treatment or punishment.”

Skid Row must be publicized world-wide as living proof that there are major Human Rights violations in the United States, just as President Obama publicly accuses and condemns China, North Korea, Cuba, etc.

The United States should be denied the 2024 Olympic Games based on serious Human Rights Violation against its own war-injured and impoverished homeless Veterans who are forced to live in deplorable and inhumane conditions while their rightful Home land is stolen away by wealthy and greedy ingrates!

As though the illegal occupants haven’t already taken over virtually everything that isn’t covered by the $60 million fraudulent solar panel scam, the entrusted Plaintiff attorneys manipulated “Enhanced Use Leases” (EUL) to further help heist this land.

Nowhere is there any mention of EUL’s in the settlement agreement, yet Defendant VA Secretary McDonald is working relentlessly with politicians Feinstein, Boxer and Lieu to manipulate this corrupt hijacking of Veterans land that will essentially allow anyone and everyone to use an EUL to “legally” take control.

The only people who will not have access to this land will be war-injured and homeless Veterans.

Now, we’ve learned that Veterans Park Conservancy has indeed taken over the Master Plan committee even though they canceled their own illegal sharing agreement and the ACLU blocked their illegal amphitheater with a Federal Restraining Order.

Incredulously, they are sitting at the “Master Scam” table dictating like nothing ever happened while the new executive director is meeting behind closed doors with VA Secretary McDonald.

Compare this to Veterans who can’t get reasonable medical appointments to see a doctor and homeless Veterans are denied shelter.

The master planning process for the redevelopment of the West LA VA campus is underway. This plan will describe how the physical elements of the campus can be developed to best serve local veterans moving forward. The final plan is expected to be revealed on October 16, 2015.

The Veterans Park Conservancy has been involved in this planning process, voicing its unique perspective on how to enhance housing for displaced veterans on the campus with holistic healing, recreational and other resources that make the difference between a place to live and a true community. VPC has been working to provide these resources to veterans for decades, and the organization is continuing to play this unique and important role for veterans as the master planning process continues.

It doesn’t get any clearer than this — VPC is dictating HOK and the VA on how the Master Scam will be planned.

During a Congressional Hearing on February 10, 2015 — the same day I met with Mark Rosenbaum and David Sapp to discuss the settlement agreement and was promised a follow-up meeting tour at the VA to discuss emergency shelter which never happened — the VA Sub-Committee Oversight and Investigations Chairman specifically asked the VA’s Skye McDougal about the status of Veterans Park Conservancy and she confirmed … “So they have vacated and they have been off the premises since November.”

She lied to Congress under oath!

VPC never left these sacred grounds and have secretly taken over more than before, thanks to VA attorney Cameron Gore and VA Secretary McDonald and the ACLU attorneys.

You all need to be disbarred!

VA attorney Cameron Gore lied to me repeatedly, including “guaranteeing” me that VPC is permanently removed from the VA grounds and they will never be allowed on it again.

But hey, if you can’t trust a VA attorney, who can you trust?

Even Mrs. George Barrie IV, aka Carolina Winston Barrie, who is a close personal friend of Secretary McDonald and a long-standing member and top donor of VPC, has secretively hijacked five “historic properties” on behalf of this rogue homeowner group.

Robert A. McDonald is the most disgraceful, dishonest and corrupt Federal bureaucrat in American history!

The foregoing notwithstanding, on August 4, I attended an “open house” meeting at the VA that was hosted by HOK regarding the “master plan.”

I sat up front for five minutes with my hand up as they called on everyone else and even allowed those without their hand up to speak.

Subsequently, I left and sent an e-mail to HOK’s Cynthia Keeffe with the following: << I was hoping to comment on the term “Vet Center” that I saw on one of the illustration boards. Sounds like a Veterinarian hospital … How about spelling out the word Veteran and capitalizing it? This is supposed to be “Veteran centric,” not vet centric.

Moreover, the word “Parkway” on the VA grounds smacks of Veterans Park Conservancy’s heavy hand dictating this master plan like they did their own in 1997.

Rumors are flying that VPC is back in charge, and this “parkway” underscores it. . VPC named Wilshire Boulevard in front of the VA “Veterans Parkway” and this will simply be a continuation of it inside the Veterans Home, making a direct link to this nefarious group.>>

Thus, the trespassing VPC cabal already has their huge, greedy, unpatriotic footprint on this land while HOK can’t even show a small thumbprint for new permanent housing — nada, nothing, zero! 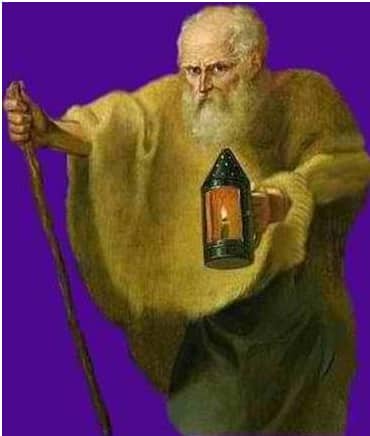 This feels like Diogenes of Sinope (412 – 323) who walked around in daylight with a lantern “looking for an honest man” but found nothing but crooks and scoundrels.

If there’s one honest man or woman within the ACLU team, would you please speak up and do the right thing and either enforce the “exit strategy” and promptly evict all illegal occupants as adjudicated in the Federal Judgment, or immediately vacate the illegal settlement agreement and refile the lawsuit?

We are waiting for just one honest person on the ACLU team to do the right thing — just one.

“There comes a time when one must take a position that is neither safe, nor politic, nor popular, but he must take it because conscience tells him it is right.” ― Dr. Martin Luther King, Jr.