Home Life TRUTH JIHAD: A Catholic, a Muslim and a secular humanist walk into... 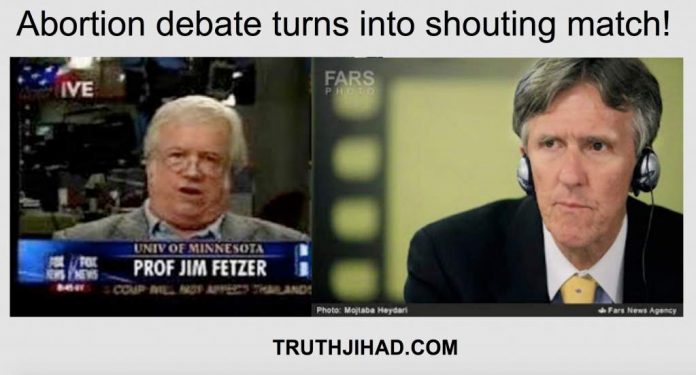 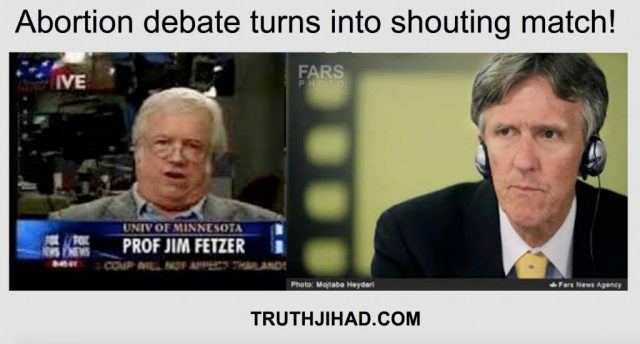 At the 38:20 mark of last week’s False Flag Weekly News, co-host Jim Fetzer and I argued about Planned Parenthood, the breakdown of the family, and related issues.

So I thought it would be interesting to bring Jim face-to-face with some even MORE opposing views: Those of Catholic historian-activist E. Michael Jones.

I had hoped for a philosophical discussion of family values issues, using Planned Parenthood as a touchstone. But what I got was mainly an exchange of utterly incommensurable views on abortion.

Catholic historian E. Michael Jones and secular humanist philosopher Jim Fetzer seem to speak completely different languages that go right past each other. Was that because Jim wasn’t listening and responding to what he heard, but just reading pre-scripted boilerplate, as Mike said at the end of the show, when things devolved into a shouting match? Or does philosophy require that kind of elaborately organized and outlined approach, as Jim claims?

Listen and decide.  (And join VT’s own Jonas Alexis among others in the ongoing debate at the Truth Jihad Radio comments section.)

Meanwhile, you might ask yourself: Is life sacred? Are “rights” God-given or manufactured-by-man? If they’re man-made, what happens if an elite determines that slaughtering 3,000 people in a spectacular false flag will save more than 3001 lives? If life is not sacred, but instead is subject to pragmatic considerations, would we not be tempted to “kill a baby to save the mother” or “kill 3000 to save 3001” or “kill a few by mandatory vaccinations that will save many more”? And would not a self-appointed elite have good reason to eliminate billions of “useless eaters” in order to raise the quality of life for the survivors, preserve the quality of the biosphere, and save thousands of species from extinction?

Or does the Qur’anic injunction “Whoever takes a human life unjustly, it as if he had killed all of humanity” absolutely prohibit taking innocent human life, no matter how many other lives might be saved or enhanced by such a murder? Do we need that kind of sacred rule to remain human and avoid the slippery slope towards pragmatism and the mass murder and genocide toward which it leads? Was Dostoevsky right in saying “If God does not exist, everything is permitted” – from “pragmatic” murders like Raskolnikov’s in Crime and Punishment to the looming slaughter of billions of “useless eaters” by the New World Order Brotherhood of Death?

Think about it. Then check out the terrific new article by historian James Hufferd: