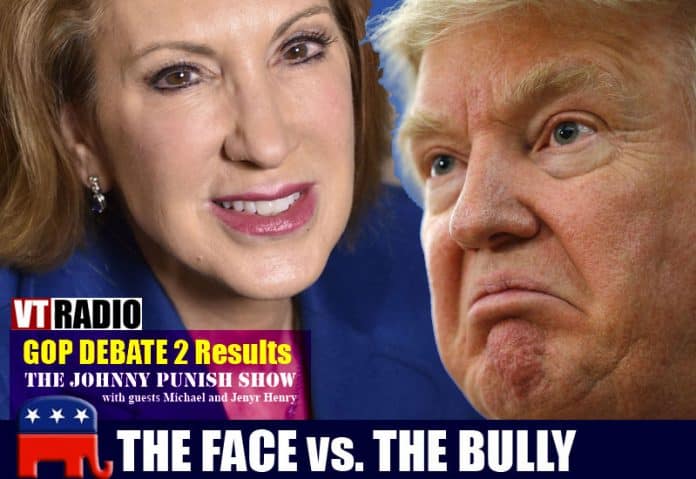 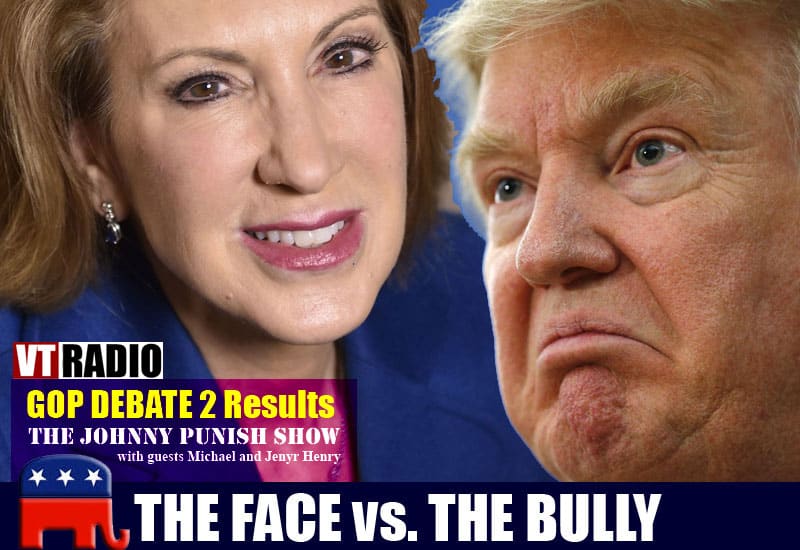 Who the won GOP Debate 2?

Main Stream Media is reporting that The Face Carly Fiorina delivered the Knockout Punch against The Bully aka the Donald.

But did she really?   Or did the The Donald counter back enough to maintain his HUGE lead?

And what about the rest of the dwarfs?  Did any of these folk get traction and rise above the noise to make a play to contend?

Join host Johnny Punish with special guests Michael and Jenyr Henry of Goodnight America as they discuss the debate and go deep into the comedy, crazy, and serious issues that face the nation.