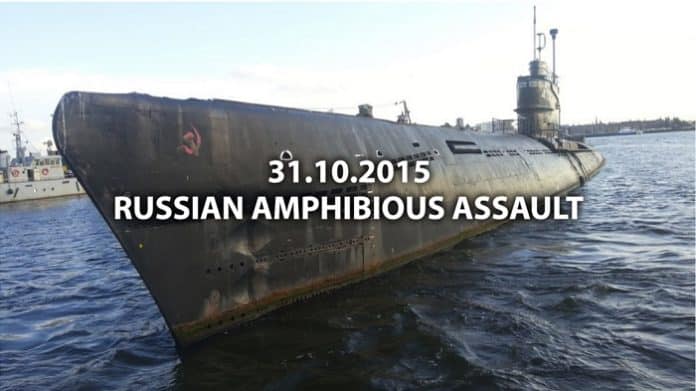 The biggest story of the week is the apparent withdrawal of Ukrainian heavy armor from the front line on the Donbass. It is likely motivated by purely pragmatic reasons. Another winter in the front line would likely incapacitate the remnants of Ukraine’s tank fleet which relies on T-64 tank.

The personnel draw-down caused by the gradual demobilization and the end of mobilization waves means that the six “mobile” brigades will be the only formations to be maintained at full or near-full strength to serve as screening forces along the contact line. The rest of the UAF seems to be transitioning to the role of “static” formations capable of only positional defense.

The Ukrainian military is planning to spend (or steal) considerable resources to fortify the country’s coastline against a Russian amphibious assault. The most remarkable part of the new project is that while it was adopted in October 2015, it is supposed to be fully implemented by the end of December 2015! Time will tell whether this project amounts to anything more than an coastline version of the infamous “European wall” separating Ukraine from Russia along its land border.

The Ukrainian defence industry is gaining successes. The Ukrainian military managed to sink and badly damage one of the two Dozor armored cars currently undergoing testing. The incident took place while the vehicle attempted to cross a small water barrier. This is not the first time the Dozor-B has suffered a mishap during testing, though the sinking is arguably its most spectacular failure to date. The vehicle was supposed to enter service in 2014, right now the series production should begin at some point in 2016…

The Dozor story is indicative of problems endemic to the Ukrainian defense industry, including the prosaic shortage of qualified cadres many of whom simply left for better paying and more stable jobs in Russia, or simply quit because they did not wish to contribute to killing the people of the Donbass. And there is nobody to replace these experienced specialists.

The UAF did receive a small number of armored vehicles in recent days, with the National Guard and Border Guard now operating 11 “Kozak-2″ armored cars.

Of course, it begs the question why the UAF is persisting with two relatively similar vehicles, for the differences between the Dozor and the Kozak are largely cosmetic. The answer likely lies in whose pockets are being lined with the contract money. The Kozak and Dozor are made by different manufacturers, with different owners.

If a light four-wheeled vehicle is suffering from such quality problems, what of more sophisticated equipment such as APCs or battle tanks which represent a far greater technological challenge? The so-called “modifications” of Ukrainian armored vehicles are largely for show and have little practical effect. For example, the “RPG screens” fitted to so many Ukrainian vehicles don’t actually seem to bother RPGs all that much.