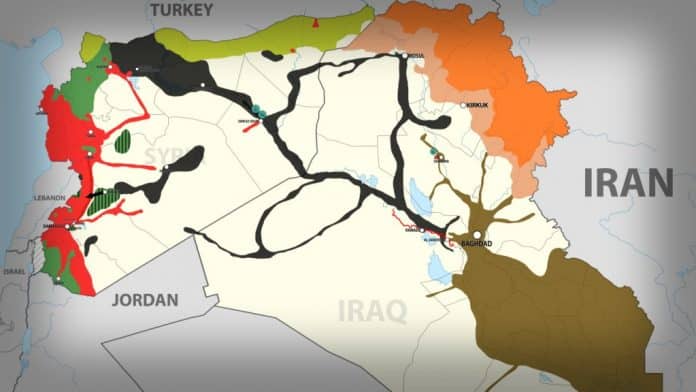 Two weeks ago, the Syrian Arab Army (SAA) in coordination with the National Defense Forces (NDF) and the Palestine Liberation Army started military operations inside Harasta in order to recover their lost territory and reopen the Homs-Damascus Highway controlled by the “Al-Islam” militants. On Wednesday, the SAA alongside the NDF and the PLA recaptured the Harasta Quarries, the Harasta Gas Station, and the Harasta Highlands after Jaysh Al-Islam an intense series of firefights forced Jaysh Al-Islam to withdraw towards eastern Douma.

As a result, the SAA is now in position to liberate the highway near the Wafadeen Camp that is located at the northeastern perimeter of Douma. This site is under the SAA’s control, but south of the aforementioned highway is under Al-Islam control. With ISIS attempting to push west from Maheen in the Homs province towards the Qalamoun Mountains, the Syrian forces have to step up their assault in order to possess the ability to combat the terrorist group from two different flanks.

On Thursday, ISIS launched another assault on the SAA’s positions at the southeastern gates of the Deir Ezzor military airport. However, for the third time this week, the terrorist group was unable to break into this base, despite their repeated attempts. Unable to infiltrate into the Deir Ezzor military airport, the terrorists chose to withdraw towards the western bank of the Euphrates River in order to evade the SAA’s artillery and the Russian Air Force.