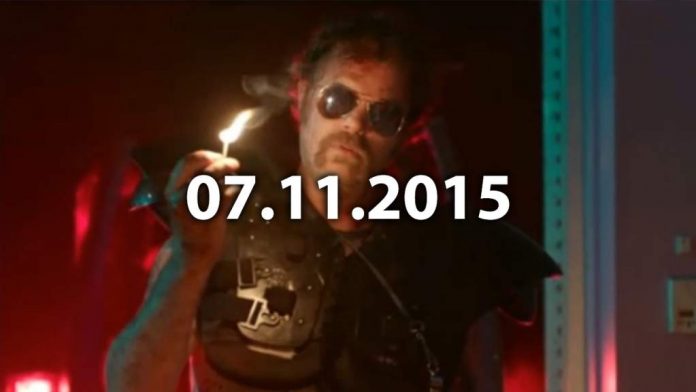 Last week’s activity within the UAF confirms the trends that have made themselves evident in earlier weeks, namely the efforts to consolidate the equipment that’s still operational and competent personnel in a small number of high-readiness units, while relegating the rest of the armed forces to garrison duty or manning fortifications and/or checkpoints.

The UAF’s core are the six “mobile” brigades formed on the basis of airmobile brigades and “heavied up” through the addition of artillery and tanks.

These units, like the 95th Airmobile Brigade depicted above, have been engaging in exercises which seem calculated for their PR effect – no exercise goes without a requisite and lengthy TV report which, incidentally, gives an idea of how these units are equipped. Interestingly, the mobile brigades seem to be using mainly T-80 MBTs taken out of storage, rather than T-64BV, Bulat, or Oplot is really indicative of the dire situation within UAF’s tank forces. The use of the gas-turbine powered T-80 seems to be motivated by the fact that there aren’t enough fully operational T-64BV left–that tank fleet has been heavily worn down by the last year and a half of fighting and frontline deployment. While the T-80 is an even more maintenance-intensive tank than the T-64, those tanks have not yet been ground down.

A similar trend of consolidation is also evident in the military aviation. The main effort appears to be aimed at maintaining a force of Su-25 attack aircraft, with 19 aircraft believed to be still operational as of early November 2015.

An ammunition storage facility in Svatovo, a town in the still Ukraine-occupied part of Novorossia, blew up for unclear reasons.  The facility was reported to have stored, among other things, ammunition for the 300mm Smerch MRLs, but there are also report the munitions stored there included Buk surface to air missiles. Therefore the fire might have been an effort to cover up illegal arms and ammunition sales, or even possibly an effort to cover up the MH17 shoot-down.

After all, it is a well-established fact that UAF Buk systems were deployed to the frontline during the war, and since the investigation of the MH17 catastrophe is still continuing, it may well be that the missile stockpiles had to be destroyed in order to conceal evidence that the Dutch investigators were looking for. The missile that shot down the MH17 had a serial and batch number, with UAF in all likelihood having other missiles belonging to the same batch. Therefore destroying them would remove an important piece of evidence implicating Ukraine.

Therefore it is no surprise that Poroshenko has authorized foreigners to serve in the Ukrainian military. Whether he will find many takers is questionable, however, Poroshenko has to resort to such desperate measures suggests the manpower shortage within the UAF has reached critical levels.

For that reason, the fact that Ukroboronprom is coming up with more and new ideas to provide Ukraine’s virtual soldiers with equally virtual weapons should not be surprising. The latest is the FICV, or Future Infantry Combat Vehicle, a heavy IFV of a completely new design that is supposedly in the works at the Morozov Design Bureau in Kharkov. However, so far nothing has been seen of it other than the computer graphics.

Predictably (and as predicted in an earlier edition of UMR), Ukroboronprom has a harder time of building actual vehicles than computer images of such vehicles.

Ukraine has been forced to renegotiate with Thailand the delivery schedule for the Oplot-M MBT, with now only 10 (TEN, Karl!) tanks scheduled to be delivered in 2016. That’s less than one tank a month. If that’s the best that Ukraine can do, the plans to re-equip the UAF with these tanks are most likely to remain on paper. One has to consider that the Oplot-M contract with Thailand is the single most important Ukroboronprom project at present time. In addition to the sheer prestige, it represents a significant source of foreign currency for the Kiev regime. The failure to maintain the terms of delivery (so far only 5 of 15 tanks scheduled for 2015 have been delivered, and it’s already November…) is suggestive of considerable decline within the Ukrainian defense industry.