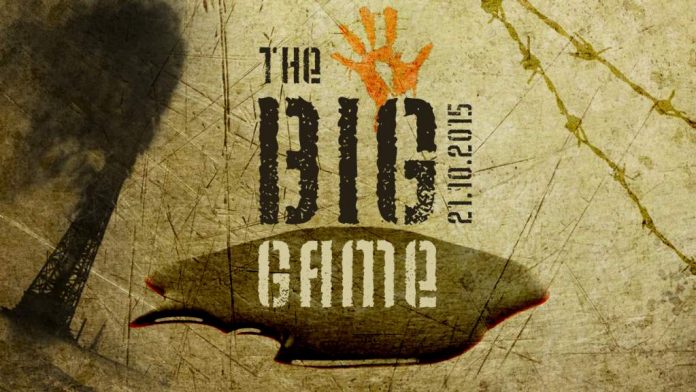 The main strategic result of the ongoing Russian military operation in Syria is loss of the US’s monopoly on the recourse to force. Now, the US is lossing the leadership in the Middle East region. The success of the alternative anti-ISIS coalition will mean that the US could lose the leadership in a great part of the world, in Eurasia.

The US is pushed to answer on this challenge through political, military and media means. This is why Washington is preparing a military operation of Peshmerga and People’s Protection Units (YPG) to take control of Raqqa. The US military will coordinate this offensive and provide air support.

It’s important that Turkey is supporting this plan. Earlier, SouthFront: Analysis & Intelligence noted that the Turkey’s attitude against Kurds could conduct tensions between Washington and Ankara. Now, it seems that Erdogan has decided to support the US because of security threats conducted by the fail of pro-terrorist policy in Syria. On October 7, six people linked to ISIS were arrested on charges of illegally minting coins in the Turkish province of Gaziantep. Also, Turkey has reportedly reduced an oil traide with ISIS.

Two blasts at the venue for a peace rally in Ankara on October 10 shown that Erdogan can’t defend even the Turkish capital and ISIS militants decided that they had been betrayed by Turkey. The internal conflicts are also growing. A part of the Turkish elites have supported ISIS.

Moreover, Erdogan is a leader of the Justice and Development Party largerly financed by Saudi Arabia and Qatar. This is conducting tensions because Qatar is linked with ISIS. The actual results of the Russian operation including the future US operation in Raqqa generate a real threat of purging ISIS in Syria.

In this enviroment, the Erdogan’s group decided to end its attempts to conduct independent policy in the region. It adopted the course on the rapprochement with the US, NATO and EU. On October 18, Merkel arrived Turkey and gave her support to a new start in EU-Turkey membership talks. Turkey also demanded a €3 billion aid package for measures to strengthen the control of Turkey’s border with the EU and facilitate returns of unwanted migrants to Turkey.

Thus, Turkey has been shaping its approach in the region. It will likely include a hard anti-Iranian policy and cooling in relations with Russia. This marks the major developments going in the region affected by the major crisis. Syria, Iraq, Yemen and the Israeli-Palestinian conflict are its core, but the destabilization has been spreading.

SouthFront: Analysis & Intelligence expects that the global alliances competing in the Middle East will have the next shape:

A core of the first alliance includes Saudi Arabia, Turkey and Israel lead by the US. On October, pro-Israeli statements occurred in the major Saudi media. They characterize Israel as a solid and needed ally of Saudi Arabia in the contemporary situation. Turkey and Israel will likely strengthen a joint military cooperation. They already have a success story of a long standing cooperation on the level of intelligence services military departments.

A core of the second alliance includes Russia, Iran and Syria. Iran supported the start of the Russian military operation in Syria. And it could expand its role in the region due to the Russian support. The alliance set on this core will likely oppose the US-led powers.

Indeed, this situation looks as a background of the future war. Nonetheless, the near-war situation can’t be stable. At the moment, the US and Russia stay on different sides of the trench. But, the rapidly changing situation could lead to occurrence of the shotgun marriage between Russia and the US.