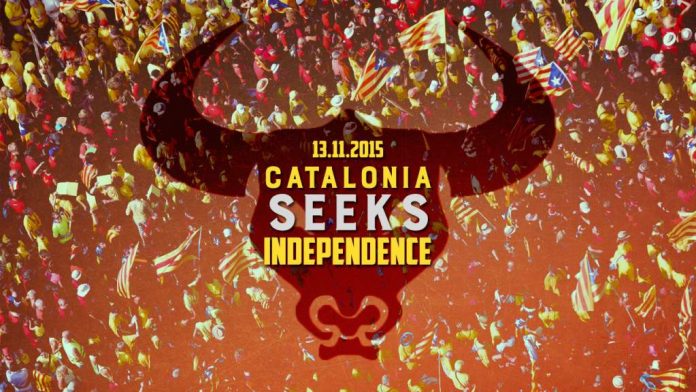 Ukraine asks the United Nations to send its peacekeepers to Donbass. “Ukraine has moral grounds to count on aid from the United Nations in such a difficult period of time,” Leonid Golopatyuk, the head of the main department of military cooperation and peacekeeping operations of the Ukrainian Armed Forces General Staff said during his working visit to the United Nations headquarters in New York.

The moral ground hasn’t helped the Ukrainian official to get an affirmative response.

The reconnaissance service of Donetsk People’s Republic has detected redeployment of Ukrainian army’s combat helicopters, artillery and tanks to the conflict zone near Gorlovka, DPR defense spokesman Eduard Basurin told a briefing on Tuesday. Two squadrons of combat helicopters arrived to the Konstantinovka settlement. Presence of battle tanks and artillery were observed in the Zhovanka and Novoselovka settlements.

On Monday, the parliament of Catalonia passed a resolution to begin the secession process from Spain. Under the resolution, the separation process is expected to be completed by 2017 and it stipulates for the formation of the government and other state structures, as well as a constitution.

Spanish Prime Minister Mariano Rajoy has repeatedly said that independence referendums as well as other secessionist steps are unconstitutional and therefore are illegal. Thus, the Spanish government doesn’t want even to pretend that the Catalon people’s attitude is important for it.

To restart cooperation between Russia and the EU, European mass media must stop their Russophobe campaign, which causes “deep emotional waves” and divides people, Russian envoy to the EU Vladimir Chizhov has said said on Tuesday at the Berlin security forum. “The current dissemination of primitive Russophobia makes deep emotional waves between Russians and other Europeans. As the situation remains it only becomes harder to repair,” Chizhov said.

Washington needs “boots on the ground” in Syria in addition to its air campaign against ISIS, which is not fruitful despite some progress. US Air Force secretary has admitted that “ground forces” is a must in order to “occupy” and “govern” parts of Syria. “Air power is extremely important.

It can do a lot but it can’t do everything,” Secretary Deborah Lee James said and then complained that “Ultimately it cannot occupy territory and very importantly it cannot govern territory”. So, the US does need to have ground forces to do this.