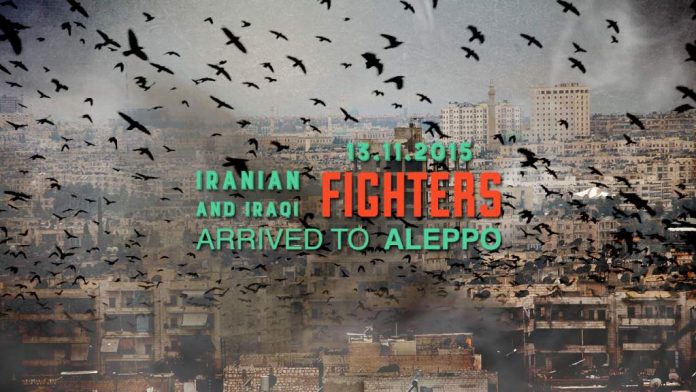 Separately, several hundred Iranian and Iraqi fighters arrived to the Kuweires Military Airport area to relieve the Syrian forces fighting ISIS there. They are going to conduct offensive operations in east Aleppo. Arrived units are Harakat Al-Nujaba, the Iranian Revolutionary Guard Corps (IRGC), and Kataeb Hezbollah. The Lebanese resistance group “Hezbollah” will also support their operations. The aim of the planned offensive is to clear the entire western countryside of the Deir Hafer Plains and to secure the southern flank of the Al-Bab Plains.

On Thursday, the pro-government forces carried out an advance along the Aleppo-Raqqa highway targeting the ISIS’ defensive positions at the Sisako Factory and the large chemical production facility that is located across this roadway.

The Syrian forces are currently located at the Sisako Factory, where they are in a heated battle for control of this facility that is situated approximately 3.5km away from the Aleppo Thermal Plant.

The Aleppo Thermal Plant is positioned between the Kuweires Military Airport and the Al-Safira District of Aleppo City. If it’s captured, the Syrian forces can obstruct ISIS’ only supply route in the western countryside of the Deir Hafer Plains.

On Thursday, the Iraqi Kurdish Peshmerga forces launched a military operation to liberate the strategic town of Sinjar in Nineveh province in Northwestern Iraq from the control of ISIS.

They retook the main international highway between Syria and Iraq in Northwestern Iraq from the ISIS terrorists. It’s connected to the Syrian province of Raqqa.