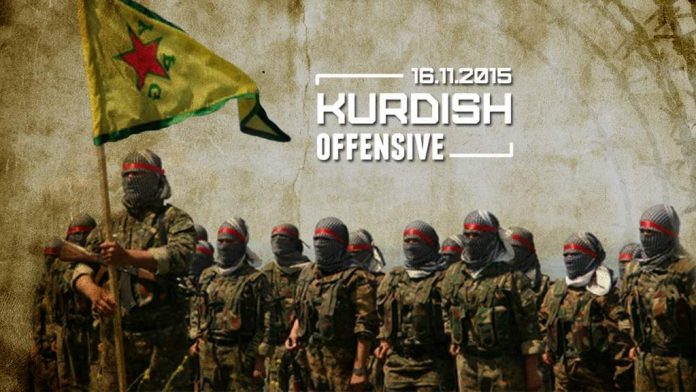 The SAA, the National Defense Forces (NDF) and the Palestine Liberation Army (PLA) made several advances in the northern of the Dara’a province after making another push to reenter the town of Sheikh Miskeen on Saturday.

According to the field reports, the Syrian forces captured the northern farms of Sheikh Miskeen, and the Water Resource Facility after a series of intense firefights against of the vestiges of the Free Syrian Army’s “Southern Front Brigades”. Now, the government’s forces are in position to launch an advance on the town of Sheikh Miskeen. The town of Nawa will likely become the next target of the SAA if Sheikh Miskeen is captured. The Syrian forces are continuing operations in Southern Aleppo. \

Considering the reinforcements noted by SouthFront: Analysis & Intelligence on Nov. 13, the government’s spearhead at the sector consists of the SAA, Hezbollah, the NDF, the Ba’ath Battalions, the Iraqi paramilitary groups of Harakat Al-Nujaba and Kataeb Hezbollah, and a joint Iranian and Afghani paramilitary force of Firqa Fatayyemoun.

Over the last 3 days, the joint pro-government forces have captured the towns of Al-Hadher and Tal Al-‘Eiss aiming to approach the Damascus-Aleppo highway from the eastern flank. They captured approximately 408 square kilometers of territory in southern Aleppo. The SAA and their allies are now approaching the northeastern part of the Idlib province. The Syrian government lost this area during the militants’ offensive in summer 2012.

On Saturday Syrian moderate terrorists’ sources claimed that they had killed Iranian al Qods chief, the commander of Iranian forces in Iraq and Syria, Gen. Qassem Soleiman, in the fighting east of Aleppo. This statement isn’t confirmed by any other sources. The terrorists say they located the Iranian general’s movements by means of intelligence and struck his car with a TOW missile, killing him and three other Iranian officers, Masoud Askari, Mahmud Dahakan and Ahmed Rajai.

If it’s confirmed it would count as a significant lose for the pro-government’s officer personnel at the battlefield.

The US think tanks argue that the “Syrian Democratic Forces” offensive along the Syria-Iraq border, toward the town of al-Hawl has become an epic success for the US-backed forces. Accordin to them, the SDF captured more than 36 villages and six border posts and partially surrounded al-Hawl. The push toward al-Hawl is part of a broader attempt by U.S.-backed forces to squeeze ISIS out of large swaths of the border region and reduce the number of border crossings in the group’s control. The effort should complicate ISIS logistics.

In previous reports, SouthFront: Analysis & Intelligence noted that the White House urgently needs a significant success at the Syrian-Iraq battlespace. So, we should expect some “extravagance” in description of the US-backed efforts by main stream media and think tanks.