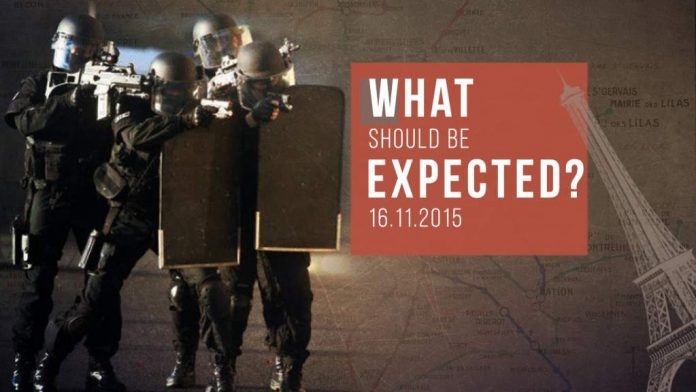 The recent Paris attacks demonstrated existence of the well-armed and well-disciplined terrorist network. It’s ready to exercise large-scale sabotage attacks. This network could be hardly built up from refugees. The network members likely live in the EU for a long time and have an EU citizenship. Also, they apparently have wide contacts in the criminal environment.

The Paris attacks were first or, considering the Russian plan crash, second act of the terroristic war against the West and anti-terroristic coalition.

It could be claimed that we should expect new attacks in the nearest future. Moreover, directions of attacks will be hardly forecasted because of a “creative approach” of the terrorist leadership.

It’s possible that terrorists had to show their capabilities in the EU ahead their plans. Considering the Paris case, we could suggest that terrorists could coordinate attacks in a number of European cities. In French operation pursued other aims:

The current events aren’t separate actions of sectarians or Jihadi mercenaries. They are a result of the failed European domestic policy which ignores the real challenges conducted by the ongoing migration crisis.

The European officials disregard crucial social process launched by migration. They close their eyes to the migrants’ social standing, level of education, religion and other factors which turn them into a foothold for terrorist expansion in Europe.