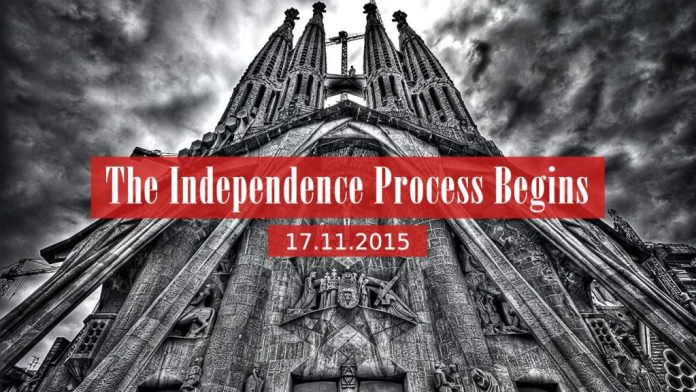 On November 9, Catalonian parliament approved a “solemn proclamation” of the beginning of the independence process. The document isn’t a formal declaration of independence but it is a statement of intent to begin the process that would allow to create institutions for an independent state and draft a constitution.

Spanish Prime Minister Mariano Rajoy immediately stated that it would take the issue to Spain’s Constitutional Court. The Catalan government has said it will ignore any of the Constitutional Court’s rulings. In any case, the proclamation will probably open a period of legal ambiguity for the autonomous region.

Within a month the Catalan government will start taking specific steps to build republican institutions, such as its own social security system and independent ministries. When it does, Madrid will likely exercise further efforts to oppose the Catalonia’s independence. But how radical could these forts be?

Considering Madrid isn’t Kiev, it would take Catalonia’s actions to the Constitutional Court once again. If Catalonia ignores the court, Madrid will resort to financial and legal tools. The Spanish officials believe Catalonia runs a deficit and needs financial assistance. In addition, Madrid could put legal pressure on Catalonia by imposing fines. A bad idea will be to try to remove from office Catalan officials including the Catalan president and the president of the regional parliament. It will definitely not impact the Catalonia’s attitude and give the region a chance to show its independence from the central government’s decisions again.

Madrid has a radical option: to suspend Catalonia’s autonomy and take control of the regional government. The Spanish Constitution allows this move. Nonetheless, it would create an unprecedented crisis in Spain, exacerbating secessionist feelings in Catalonia. Potentially, it could force to clashes between Madrid-controlled police and supporters of the region’s independence.

In September, the Spanish parliament approved a law giving Madrid power to take direct control of regional resources in cases of emergency. But the Spanish government can hardly rely on the Catalonian police.

Catalonia and the central government will likely try to avoid rapid radical moves. The Catalan government will try to work within the legal ambiguity created by its proclamation.

The Spanish government’s answer will depend on how far Catalonia could go in its attempt to obtain own constitution and republican institutions.