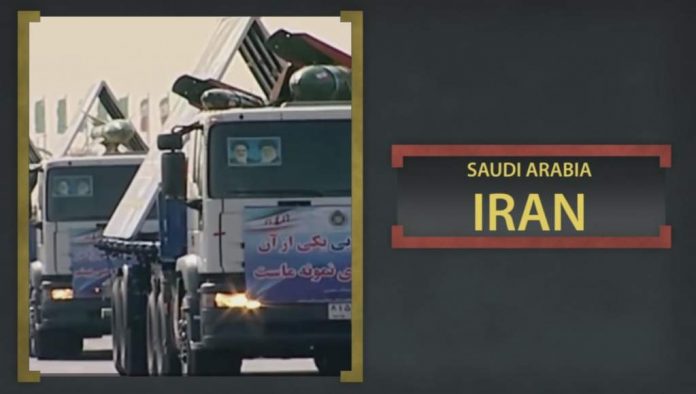 The ongoing standoff between Iran and Saudi Arabia is one of the most important factors shaping the military and political situation in the Middle East. The relations between these countries could be described as a cold war in Lebanon, Iraq and Bahrain and as, at least, a proxy war in Syria and Yemen.

Nonetheless, member states of the Cooperation Council for the Arab States of the Gulf (GCC) leaded by Saudi Arabia have different attitudes towards Iran. Moreover, a thaw in the Iran’s relations with the West after the Iran Nuclear Deal conducted some jitters among Saudi Arabia’s supporters.

Saudi Arabia believes that the Islamic republic is its rival. According to the Saudi analysts, post-sanctions Iran will have enough resources to become a regional hegemon. Thus, the kingdom presses to break the so-called “Axis of Resistance” – Iran-Iraq-Syria-Hezbollah – by any means. This idea was publicly supported by the Washington at least till 2013.

In 2014, Iran and its neighbor stated made an attempt to normalize their cooperation when the UAE delegation visited Teheran. Then Iranian Foreign Minister visited Kuwait and Qatar. But the inconsistencies between the kingdom and the Islam republic were insuperable. The crucial points are Syria and Yemen. According to experts, Iran will never stop to support its Syrian allies.

Separately, it continues to support the Houthi resistance, de facto, turning the Yemeni war into a black hole for the Saudi Arabia’s economy and military resources. The Mecca Tragedy when 494 Iranian citizens died and 36 went missing also fueled the conflict. Ghazanfar Roknabadi, who served as Iranian ambassador to Lebanon from 2010 to 2014 and was responsible for contacts with Hezbollah, is among the missing persons.

The Syrian talks in Vienna continued a series of the diplomatic conflicts. On October 19, Saudi Arabia’s Foreign Minister, Adel al-Jubeir, accused Iran of “occupying Arab lands” in Syria. Iran rejected the Riyadh’s statement, accusing the kingdom in turn of playing a destabilising role in the volatile region.

“The Saudi foreign minister, whose country has taken a military-led approach and fostered extremism in regional conflicts… is not qualified to talk about Iran’s role in the region,” said Foreign Ministry spokeswoman Marzieh Afkham.

Meanwhile, Iran has been trying to establish partnership with other members of the GCC. It should help to stagger the Saudi-led alliances. First of all, Oman supports normalization toward Iran. Also, there are positive tendencies in the Iran’s relations with Qatar.

Doha has suggested to hold an Iran-GCC summit to solve the existing problems. Some experts believe that it’s an evidence of the Qatari-Saudi confrontation and Doha wants to get the Iranian support in case of possible conflict against Riyadh considering the U.S. regional role is decreasing. But it’s unlikely. The disagreement between Qatar and Saudi Arabia is a tactical situation.

It’s more possible Qatar believes that cooperation with Iran could help to build a balance of power which will allow Qatar to pursue own ambitions effectively. In turn, the Iranian diplomacy will try to use the Qatari ambitions in own interests.