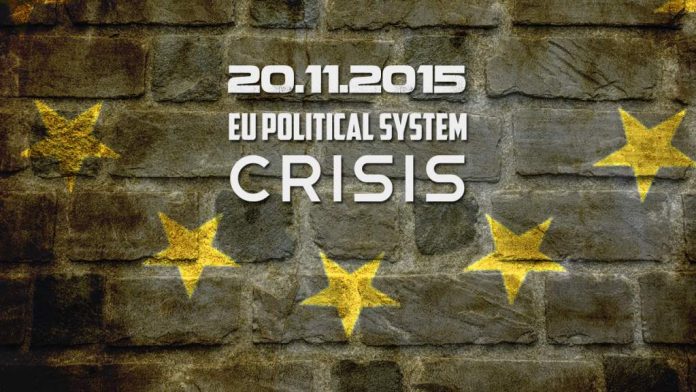 …from SouthFront
In November 10, an alliance of left parties forced to resign Portugal’s center-right minority government by a vote of no confidence.

This is a next stage of the crisis created by conservative President Anibal Cavaco Silva. He gave the opportunity to form a government to the coalition headed by Portuguese Prime Minister Pedro Passos Coelho’s Social Democratic Party despite it won just 39 percent at the October 4 general elections. In reply, the three leftist parties — the Socialist Party, 32 percent of the vote, the Left Bloc, 10 percent, and the Communist Party, 8 percent, in coalition with the Greens — united against the government.

According to the Portuguese constitution new elections cannot be held until at least June 2016. Thus, the responsibility for the formation of a government returns once again to the president which supports the minority coalition. He should to decide whether to empower the leftist coalition which holds the majority in the Parliament as a new government. However, attempts to ignore the leftist alliance would leave the president open to accusations of bias and of anti-democratic behavior. He is clearly aligned with the center-right alliance.

In its action to resign the government, the left-wing parties showed a level of cohesion that was unexpected by their opponents. Following the tendency, they have serious chances to force the president to endorse a left-wing government.

In this case, the Portugal’s adherence to EU-mandated budget limits to exit its IMF bailout will become an issue under question. The Communist Party and the Left Bloc oppose to austerity measures in general while the Socialist Party has formally committed to them.

The developments in Portugal are just a part of the ongoing crisis in the Southern Europe where EU-mandated austerity measures conducting a serious disaffection of the citizens and pushing Euroskeptics to the power. Greece is still struggling to keep its creditors at bay. Spain has a fragmented political landscape, with four main parties competing for seats in the parliament. Meanwhile, the Catalonian Parliament has started the independence process to separate from the central government in Madrid.

We could see a clear crisis in the EU political system. It will only grow strengthened by the economic, migration crises, security issues and arise of Euroskeptic political powers which oppose the EU bureaucracy’s efforts to rule the union ignoring the member states’ sovereignty and interests.