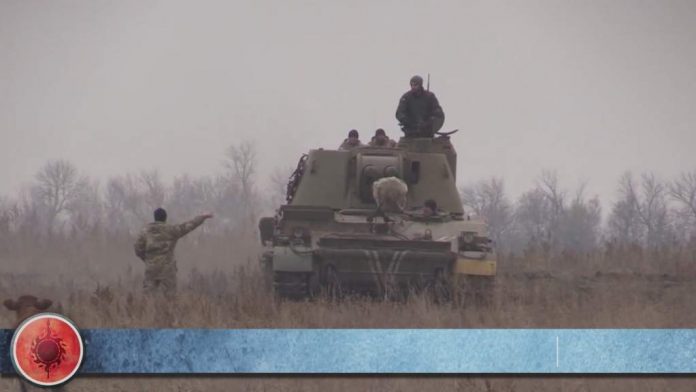 Not all heavy armaments have been withdrawn from the disengagement line in east Ukraine, Deputy Chief Monitor of the Special Monitoring Mission of the OSCE in Ukraine Alexander Hug said Thursday. He added that the ceasefire regime in the area of Kievs military operation is very unstable. The mission is continuing to observe ceasefire violations in different areas of the contact line.

Kuwait has uncovered an international cell that supplied ISIS with weapons bought in Ukraine, funds and new recruits. Six members were arrested but four others remain on the run abroad. The information came from Kuwaits Interior Ministry, which identified the leader of the group as a 45-year-old Lebanese national, Osama Khayat. The weapons were first shipped from Ukraine to Turkey and then smuggled into Syria. The Ukrainian Ministry of Defense has issued a statement saying that Ukraine has had nothing to do with ammunition supplies to ISIS because all that could be supplied had already been stolen.

Belgian security forces launched a massive-scale operation in Brussels on Sunday evening. Police arrested 16 people. One of the people arrested was wounded, he added. However, Belgian forces failed to find Salah Abdeslam, one of the key suspects in the November 13 Paris terror attacks, who was believed to be on the loose in Belgium. A total of 19 raids were carried out in Brussels and three houses were searched in Charleroi, south of the capital.

A militant group incorporated into ISIS has been neutralized in Nalchik (Russias North Caucasus) and a workshop for the production of home-made explosive devices has been rendered harmless, a spokesman for the National Anti-terrorist Committee stated on Sunday. Eleven militants were spotted at a fortified base located in a mountain forest. They were killed when they tried to break away from the blocked area. The group recruited fighters for terrorist groups and sent them to Syria.