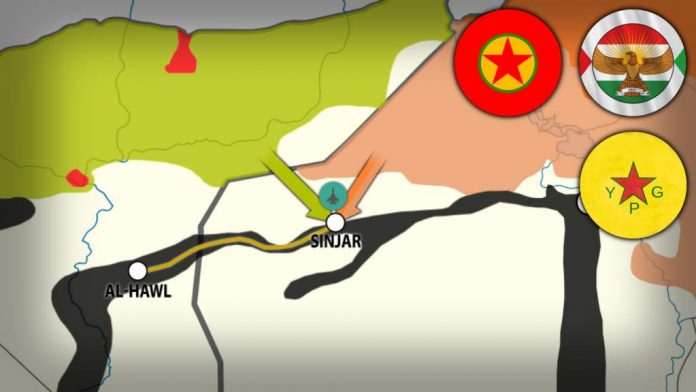 The Syrian forces backed up by the Russian warplanes, pushed back the militant groups from nearly 200 kilometers of land in the coastal province of Lattakia, military sources said Monday. On Sunday, the Syrian army and popular forces purged the terrorists and advanced to areas near the Turkish borders. The ground reports argue that the Syrian Arab Army (SAA) took control of Zahia heights, 2km from the joint borders with Turkey.

Meanwhile, the US-backed Kurdish offensive against ISIS is less significant that the mainstream media has argued. Peshmerga, PKK and YPG forces supported by the US advicers and massive US airstrikes launched captured Sinjar on November 13. Nonetheless, they Kurdish forces weren’t able to gain a momentum to make additional gains. At the moment, the battles are going for the road between Sinjar and al-Hawl.

The Islamist military operations coalition Jaysh Al-Fateh (Army of Conquest) launched a powerful assault on several sites under the control of the SAA and their allies in the southern Aleppo countryside. The coalition includes such groups as Harakat Ahrar Al-Sham, al Nusra and vestiges of the Free Syrian Army. The militants began their assault at the village of Kafr Haddad, where they faced a large force from the pro-government groups of Harakat Al-Nujaba and Kataeb Hezbollah.

Following a series of firefights, the militants imposed full control over Kafr Haddad, Tal Al-Bakarah, Tal Mamou and neighboring settlements. Now, they are attacking the small villages that border Tal Al-‘Eiss from the north. The SAA’s positions at Tal Al-‘Eiss and Al-Mariyoudah are under the threat.

Military jets from France’s Charles de Gaulle aircraft carrier on Monday flew their first missions over Islamic State-controlled territories in Syria and Iraq and carried out their first airstrikes. The jets have hit two ISIS targets in Iraq, the French military said on Twitter.

The presence of 26 military aircraft aboard the Charles de Gaulle triples French forces in the region, adding to the 12 planes already stationed in the UAE and Jordan. Using a mathematic for dummies, the French Air Forces need 19 warplanes to destroy 1 target. Now, we know why the US-led coalition can’t defat ISIS all that time.