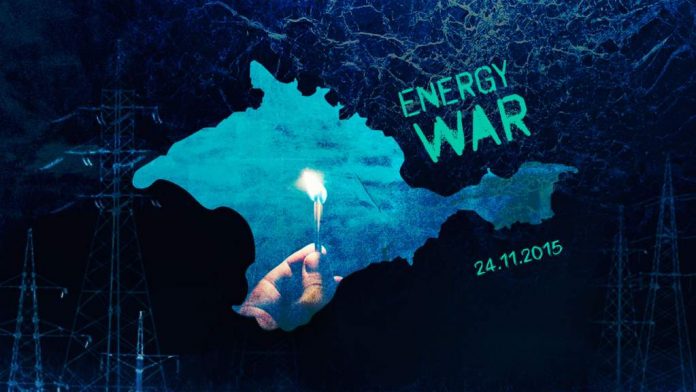 Late on Saturday Russia’s Crimea has switched to autonomous reserve power after the four main transmission towers in the adjacent Ukrainian Kherson region were blown up by the Crimean Tatar radicals, causing a blackout. Then the radicals supported by the Right Sector prevented diminutival attempts of the Kiev authorities to repair the transmission towers.

The act of sabotage in Kherson region forced an emergency power unloading at several Ukrainian nuclear power plants, which can be extremely dangerous. Due to the damage to the electricity towers, there is a risk that 50 percent of the Ukraine’s Kherson and Nikolaev regions could also be left without power.

Despite this, Ukrainian President Petro Poroshenko promised to the leaders of the Crimea Tatar radicals, Mustafa Dzhemilev and Refat Chubarov, that electricity supplies to the Crimean peninsula won’t be restored. The Ukrainian government has suspended the movement of cargo between Crimea and Ukraine. The decision was preceded on Monday.

Russia’s Emergency Ministry admitted the ongoing emergency situation in Crimea might be of a “longstanding effect”. Some 1.67 million people in the area have been cut off from power supplies since Sunday, along with some 300 public infrastructure buildings, including schools and kindergartens. At the moment, Crimea is able to make up for no more than 40-50 percent of its daily power consumption autonomously. The Crimean authorities weren’t ready to a possible emergency cituation. On November 24, Sergey Aksyonov, Prime Minister of the Republic of Crimea, dismiss ed Crimean Minister of Fuel and Power, Sergey Egorov due to this situation.

The German Foreign Ministry has said that the power cut in Crimea is a crime, and should be investigated in Ukraine. Kiev argues that it won’t take responsibility for this incident and even theorizes that Russian saboteur blew up the transmission towers. In turn, Moscow has already terminated coal supplies to Ukraine as a counter measure in response to the energy blockade of Crimea. Experts believe the ongoing situation clearly proofs the Kiev inability to implement any existing agreements.