Home Investigations THE AIR-NAVIGATOR OF THE SU-24 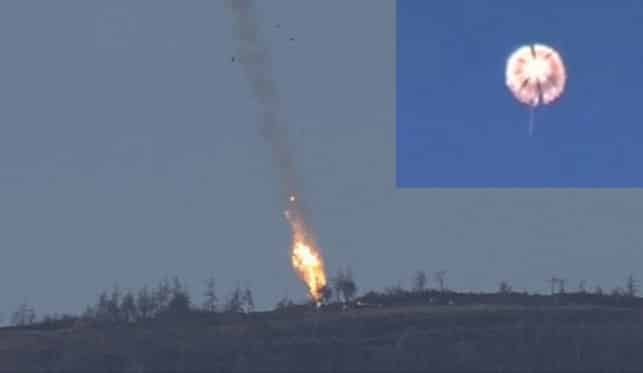 Today at the Latakia air base Konstantin Murakhtin, an air navigator of the Russian SU-24 frontline bomber which was shot down by the Turks, gave his first interview with Russian media, in which he stated that there is no way that his plane violated Turkish airspace.

No. It is not possible, not even for one second. Especially because we were flying at around6.000 meters, the weather was clear, as we say in our jargon a day in a million, our whole flight up to the moment that the rocket hit us was completely under my control.

I saw the border and our exact location perfectly both on the map and on the surroundings. There was not even the threat of crossing over into Turkey – he told reporters. We have carried out combat missions there many times, we know the area inside out, we perform combat missions and return on the reverse route to the air base. As the navigator, I know practically every elevation over there. I can even navigate without instruments – he said.

The pilot said that the Turkish missile hit the plane suddenly and it was not possible for the crew to avoid it and there was no advance warning from the Turkish side. In fact there were no warnings at all – not by radio traffic and not visually, there was just no contact. For this reason we went on combat course in regular mode.

You need to understand how fast a bomber is and how fast a F16 fighter is. If they had wanted to warn us, they could have shown themselves, by holding a parallel course, but there was nothing like that. In effect, the missile suddenly came at the tail of our plane anyway. We didnt even observe it visually, which might have allowed us to carry out an anti-missile maneuver, said the pilot.

Captain Murakhtin added that he himself feels all in all ok now.

I wait impatiently for them to discharge me to return to duty immediately. I will ask command headquarters to leave me at this airbase, I have a debt to repay for the commander.