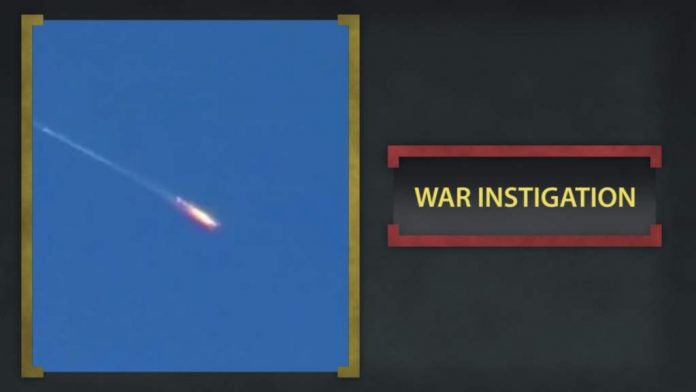 On November 24, a Russian Su-24 frontline bomber was shot down near the Turkish border in Syria by two intercepting Turkish F-16s.

SU-24 was attacked insidiously and unexpectedly. The Turkish officials can’t prove with facts that the downed warplane was warned. The two pilots ejected: 1-st pilot was killed in a savage way on the ground by jihadists in the area. According to reports, 2-nd pilot was managed to esape. He was picked up by the Syrian Army.

The Russian military carried out a search-and-rescue operation involving two Mi-8 helicopters. One helicopter was shot down by fire from the ground, one naval infantry soldier of contract service was killed. The personnel and crew were evacuated to the Russian base at Hmeymim. Thus, Russia lost 1 SU-24, 1 MI-8, 1 pilot and 1 mariner yesterday.

The Syrian sources report that last night the Russian Aerospace Defence Forces struck with massive attacks on the positions of militants, including Turkomans, in the region where the Russian Su-24 was shot down.

1) All attack aircraft operations will be on have fighter cover.
2) The air defenses are strengthened.
3) Russia ends military-to-military contacts with Turkey.

Separately, the US puppets in Kiev have made a strike at another front. As result of a terrorism act near the border with Russia, the four main transmission lines between Ukraine and Crimea were blown up. About 1,7 million people in Crimea are cut from the power supplies.

Some experts believe that the terrorism act was conducted by Turksih intelligence services in concurrence with the US. The goal is to prevent a growth of the Russian influence due to the successful operations in Syria. Formally, the terrorism act was made by Crimea Tatar extremists and the “Right Sector” terrorist group.

The Turkish actions in Syria are a direct violation of international law norms and a direct violation of the Memorandum on Preventing Incidents and Ensuring Safe Flight in the Syrian Arab Republic which we entered into with the United States and which applies to all coalition members, including Turkey.

This event coordinated with the Crimea’s blackout could be described as a clear war provocation against Russia. At the moment, we could observe an escalation in a diplomatic sphere and military build up of the all sides involved in the Syrian crisis.

If the US and its allies continue their provocative and shallow policy, there is a serious threat of an open military escalation in the region.