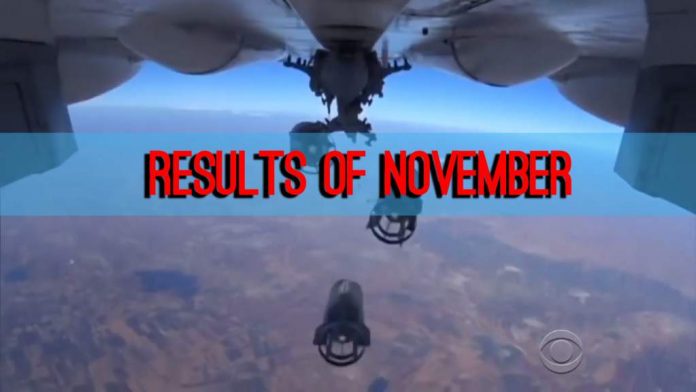 The situation is continuing to develop fast in Syria. Since the start of full-scale military operation in late October, the pro-government forces have gaind a number of success in the Alepo province. It allowed the Assad government to strengthen its diplomatic position and encouraged its allies.

Hezbollah and Iraqi Shia militias led by Iranian military advicers are main supporters of the Syiran Arab Army (SAA) in this area. The Russian Aerospace Defence Forces are playing a crucial role in the pro-government forces’ military operations there.

The Syiran forces have been advancing through 3 main axis:

First is the Latakia countryside. The Syrian forces have captured the strategic city of Gamam at this axis. It allows the SAA and allies to prevent the terrorist groups located at the Turkmen and Kurdish Mountains from creating a joint force there. It also allows the pro-government forces to threat the terrorist positions at the borders with Idlib and Hama.

Second axis is the city of Aleppo. The Syrian forces are advancing on it from the South East. In  November the SAA lifted the ISIS siege from the Kuweires air base, deblocked the Damascus-Aleppo road  and cut the ISIS supply line between Raqqa and Aleppo. Now the Syrian forces are advancing on the Eastern part of Aleppo. ISIS and the Jaish al-Fatah military operations coalition led by Al Nusra are main opponents of the pro-government forces in this axis.

Third axis is areas located at the Homs-Hama border. The SAA and allies have gained main successes at the South East part of the Hama province where ISIS militants operate. The Homs-Hama-Aleppo road is a main aim of the military operations there.

After the incident with a Russian Su-24 downed by Turkey, the Russian Aerospace Defence Forces have raised their activity in Syira. The areas at the border with Turkey controlled by Turkey-backed militants and al Nusra became a first target of the intensified air raids. Nonetheless, there is no background to expect that Russia will calm down its Air Force’s activity.

Meanwhile, Moscow deployed S-400 missile defense systems to its air base near Latakia. Russian guided missile cruiser «Moskva» joint with escort ships is taking location at the shore zone of Northern Latakia near the Turkish border.

The Russian military will likely continue to intensify its operations in Syria. Ongoing crisis with Turkey is one of the main reaons for this step. We could expect that foreign supporters of terrorist groups such Al Nusra and ISIS will also intensify their actions in Syria. Thus, the stakes are rising up in the Syrian conflict.