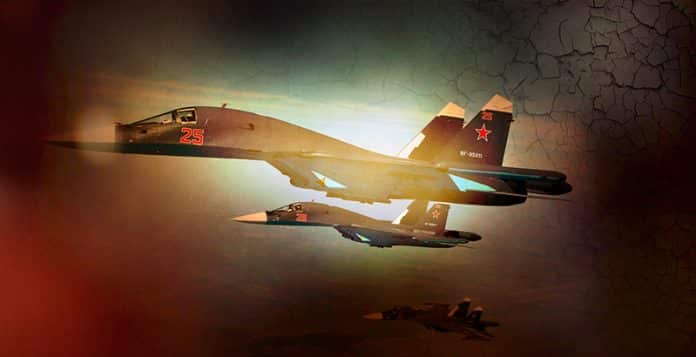 The Syrian Arab Army (SAA), jointly with the National Defense Forces (NDF) captured the strategic hilltops of Koum Aqre in the Daraa province. Dozens of Al-Nusra terrorists were killed during heavy clashes on Koum Aqre located near the strategic towns of Kufer Shamis and Al-Shaykh Maskin. Controlling hilltops the Syrian forces are threatening to open a new front against the terrorists in Syria’s western areas.

About 100 Al-Nusra and Ahrar al-Sham terrorists were trying to infiltrate into al-Zabadani via the tunnels they had dug from the town of al-Mazaya, but they were pushed back by the Hezbollah fighters located in the sector. According to the pro-government sources, the terrorists retreated.

About 30 militants were killed. Al-Zabadani is located 50 kilometers Northwest of Damascus and 12 kilometers Northeast of Lebanon’s Masnaa border crossing. Its location allows the Syrian government to hold control of the border between Syria and Lebanon in the sector.

In the Hama province, the Syrian Al-Qaeda faction “Jund Al-Aqsa” has launched a powerful assault in direction of the ‘Alawi village of Ma’an controlled by the NDF. The terrorists started its advance attacking the villages of Tal Bazzam and Ma’an. Also, clashes were observed at Souran, Al-Tayna, and Al-Buwayda. We remember, the Syrian government lost control of the strategic town of Morek in this area last month.

On November 30, for the first time Russian Su-34 fighter-bomber aircraft went on a mission carrying not only aerial bombs OFAB-500 and guided aerial bombs KAB-500, but with but with short and medium range air-to-air missiles. The missiles are equipped with homing devices and are capable of hitting aerial targets at a distance of 60 kilometers. Russia has started to equip its jets with air-to-air missiles to defend them from some F-16s violating the Syrian airspace.

During the Paris climate talks, Russian President Vladimir Putin said that Russian authorities have additional evidence that the Russian Su-24 bomber was shot down by the Turkish Air Force to protect oil deliveries of the ISIS terrorist group and that oil from ISIS-controlled fields is being exported to Turkey on an industrial scale.