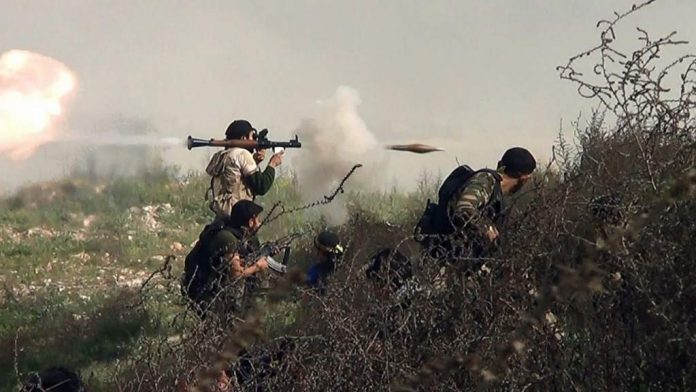 On Thursday, the Syrian Arab Army and its allies have resumed large-scale military operations against terrorists in the provinces of Damascus, Quneitra, Aleppo, Homs and Latakia. The pro-government sources’ reports said large groups of terrorists have been killed and injured in the clashes. While such terrorists’ loses are hardly confirmed, it’s clear that the pro-government forces are intensifying its activity at the battlefield.

The recent reports confirm that vast areas of the North of Marj al-Sultan village in Damascus were liberated by the Syrian Arab Army from the control of jnad al-Sham Islamic Union and al-Nusra. The clashes in the area are continuing. Separately, the SAA is advancing towards Harasta al-Qantara and Noulah in the South of the Eastern Ghouta.

The Syrian government has deployed large reinforcements of the SAA’s 4th Mechanized Division and Hezbollah to the Southern Aleppo. Supported by the earlier arrived T-90 Tanks, these forces will play a lead role in the pro-government offensive in the area aimed to capture the strategic ICARDA agricultural facility which is located along the Aleppo-Damascus Highway. If seized, the militants will have their primary supply line cut.

On Friday morning, the Syrian forces struck back against the militants of Harakat Ahrar Al-Sham and Harakat Nouriddeen Al-Zinki, capturing the small villages of Tal Al-Baraqa, Tal Dadeen, Tal Ja’eera and Tal ‘Arba’een.

Commander of Iraq’s popular forces complain that the US is hindering the start of final phase of the operation to free Ramadi, from ISIS control. “The US bargains and pressures on the Baghdad government have prevented accomplishment of Ramadi liberation operation,” Abu Yousef al-Khazali, a commander of Seyed al-Shohada battalion, told FNA on Thursday. According to him, the Washington concerns about a high role of popular forces in anti-ISIS operations in Iraq because it increases their influence in the country.