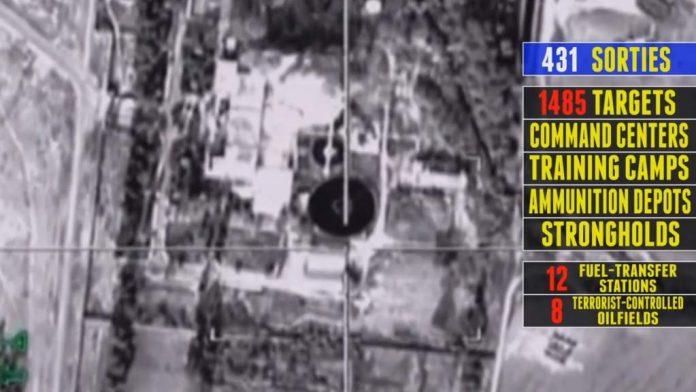 Only in the past 48 hours, the Russian warplanes hit two truck convoys near Aleppo and Raqqa, destroying up to 40 terrorist vehicles modified to transport oil products.

The US is reportedly establishing an airbase in northeastern Syria. The forces deployed there should assist to the so-called “Syrian Democratic Forces (SDF)”, de facto Syrian Kurds, to make gains in Syria. The airbase is located southeast of the town of Rimelan – one of the YPG’s main strongholds and largest arms and ammunition depots. That US unmanned aerial vehicles (UAVs) had already flown from the facility to test it. The report also said that two helicopter landed eight US military specialists at the airport on November 24.

At the end of October, the U.S. was sending about 50 special operators to Northern Syria. Then, in December, President Obama ordered the deployment of additional special operations forces to both Iraq and Syria.

Considering the location of Tal Ziyab, Turkey wants to cover the smuggling route of the Syrian oil which is taken out of the ISIS-controlled Raqqa. It seems that Ankara has decided to escalate the situation further after the Ministry of Defense of Russia were released pictures and videos of oil delivery convoys at the border between Syria and Turkey.