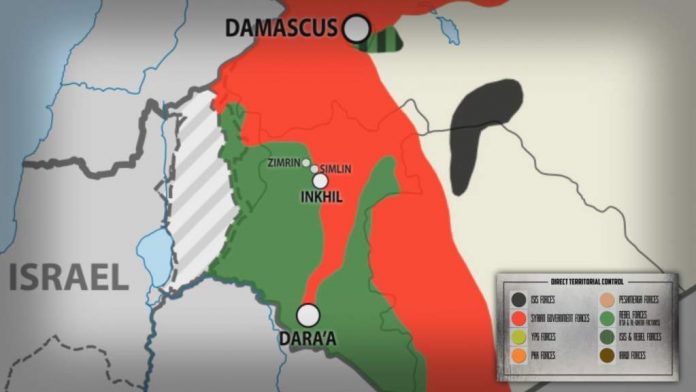 The Syrian forces targeted terrorists’ concentration centers in the neighborhoods of al- Rashidiya, al-Hwaiqa and al-Sheikh Yassin in Deir Ezzur. Early reports said 11 terrorists were killed and, at least, 34 others were injured in the attacks. The main clashes were observed at the city of Inkhil, and the towns of Zimrin and Simlin in Dara’a.

A strategic village of Marhatan near Palmyra in the Homs province has been purged of the militants in a massive military operation. Earlier, the Syrian troops engaged in heavy clashes with ISIS militants in al-Biyarat region. The pro-government sources argue that the ISIS militants suffered heavy loses.

Some 200 wanted militants from Zabadani region and Madaya in Damascus province turned themselves in to the authorities on Saturday. The Syrian government has vowed to pardon all those who lay down arms voluntarily. Another reason has been the Russian air raids which impact the terrorists’ fighting spirit negatively.