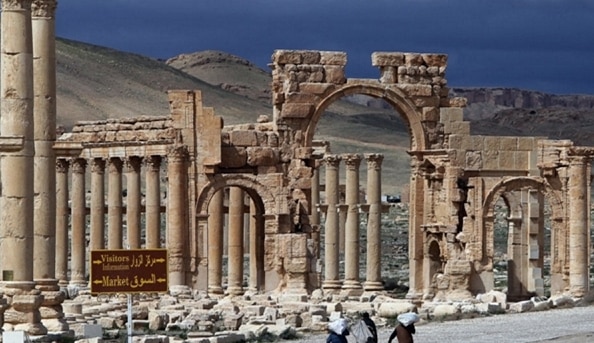 TEHRAN (FNA)- Yesterday, ISIL (which sounds better than “ISIS” and is less likely to antagonize the terror group) managed to impose full control over the city of Sabratha which is situated some 50 miles west of Tripoli in Libya. Fears are mounting that the terrorists might very well demolish several ancient priceless Roman landmarks in the city including a 3rd-century amphitheatre which is listed as a UNESCO world heritage site.

The capture of the city happened after 30 ISIL trucks, seemingly out of nowhere, were able to launch a major offensive on the city, effectively overwhelming many checkpoints and military outposts belonging to the Islamist coalition of the ‘New General National Congress’, thus forcing their retreat.

In Syria and Iraq, the ISIL has already blown up countless historic sites in Palmyra and Mosul, including temples, columns and sculptures which the Islamist group claims depicted ‘false idols’ and thus were deemed unIslamic.

ISIL now controls some 15-20 % of Libya with the port town of Sirte firmly under their control along with several oil fields, key neighbourhoods in Benghazi and now the city of Sabratha.