The United States has a long history of extending a helping hand to those people overseas struggling to make a better life, recover from a disaster or striving to live in a free and democratic country. It is this caring that stands as a hallmark of the United States around the world — and shows the world our true character as a nation.

U.S. foreign assistance has always had the twofold purpose of furthering America’s foreign policy interests in expanding democracy and free markets while improving the lives of the citizens of the developing world. Spending less than one-half of 1 percent of the federal budget, USAID works around the world to achieve these goals.

USAID’s history goes back to the Marshall Plan reconstruction of Europe after World War Two and the Truman Administration’s Point Four Program. In 1961, the Foreign Assistance Act was signed into law and USAID was created by executive order.

Since that time, USAID has been the principal U.S. agency to extend assistance to countries recovering from disaster, trying to escape poverty, and engaging in democratic reforms. 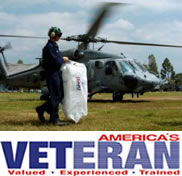 USAID provides assistance in five regions of the world:

The U.S. Agency for International Development (USAID) provides employment opportunities for men and women who honorably served on behalf of our Nation. We are committed to recruiting and employing qualified veterans, and we actively recruit eligible veterans for suitable jobs.

Author Details
G M
This is a general posting account for VT
https://www.veteranstoday.com
g[email protected]
ATTENTION READERS
Due to the nature of independent content, VT cannot guarantee content validity.
We ask you to Read Our Content Policy so a clear comprehension of VT's independent non-censored media is understood and given its proper place in the world of news, opinion and media.

A Guide to Credit Card Churning