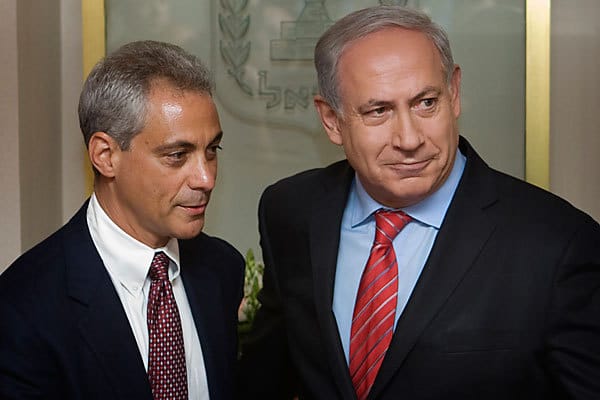 Readers have e-mailed about the reaction in England from Brits reading how the Tommies fought, died and won World War II; and for some of these brave men and women, just to be then killed by Zionist mobs and  terrorists. This isn’t hidden history, it’s history not often spoken or written … today.

Wikipedia deleted the entry about Rahm Emanuel’s father in 2008 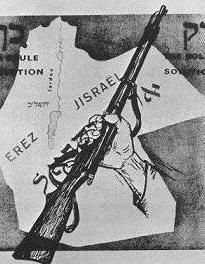 Note from Salem-News Publisher, Bonnie King: In an effort to assist our government in keeping information transparent, we are publishing this important article by Wayne Madsen, on the father of Rahm Emanuel. You won’t find his bio on wikipedia, or any where else easily accessed. It has been deleted.

Former White House Chief of Staff Rahm Emanuel held a top position in our country’s leadership and his example of ethics and integrity is of the highest importance. This is not diminished regardless of his aspirations to leave the national spotlight and become the mayor of Chicago.

But, it seems, some secrets must just be harder to share. This revealing article will leave you with a better understanding of why no one wants to talk about Benjamin Emanuel. And why they should.
By Wayne Madsen Special to Salem-News.com

British MI-6 files contain information on the elder Emanuel’s participation in the terrorist activities of Irgun Zvai Leumi, a Jewish terrorist organization that targeted British forces, UN officials, and Palestinian Arabs in the lead up to Israeli independence in 1948.

Emanuel’s father Benjamin was part of the Israeli assassin team that murdered Sweden’s Count [Folke] Bernadotte in ’48. Bernadotte was the UN envoy in Palestine who sought to find a solution to the UN Partition Plan that gave Palestinian land to Jews from “beyond the pale.”

Benjamin Emanuel, a Jew from Russia whose real name was Ezekiel Auerbach, was arrested by British police for terrorist activities in the months prior to Israeli independence. Many of the British policemen killed by Emanuel and his Irgun colleagues between 1947 and 1948 had been transferred to Palestine upon Indian and Pakistani independence in 1947. Irgun saw the increase of British policemen from the Indian subcontinent as a major threat.

The Jewish terrorist murders of British troops and policemen resulted in massive anti-Jewish riots in London, Liverpool, Glasgow, Manchester, and Cardiff in 1947. In 1946, Emanuel’s Irgun bombed the King David Hotel in Jerusalem, killing 91 people, including 28 British soldiers and policemen.

British intelligence also believed that Benjamin Emanuel may have been related to Vladimir Jabotinsky, a Russian Jew from Odessa who founded Irgun. Jabotinksy, who was an admirer of Benito Mussolini and who secretly negotiated for the expatriation of Jews to Palestine with the Nazi government in Germany and Admiral Miklos Horthy’s pro-Nazi regime in Hungary, died of a heart attack in New York in 1940. 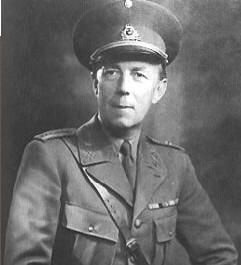 Emanuel’s father Benjamin [at right] was part of the Israeli assassin team that murdered Sweden’s Count [Folke] Bernadotte in 1948. Bernadotte as UN envoy in Palestine sought to find a solution to the UN Partition Plan that gave Palestinian land to Jews from “beyond the pale.”
Wikipedia is a favorite device for the perception management goals of Dr. Cass Sunstein, Obama’s director of the White House Office of Regulatory Affairs.

With a record of terrorist acts contained in his MI-6 files, Benjamin Emanuel was permitted by U.S. authorities to emigrate to Chicago from Israel in the 1950s, becoming a citizen. Rahm Emanuel was born in 1959. 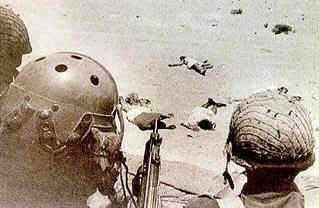 From the Irgun Site

On February 1, 1944, the Irgun proclaimed a revolt against British rule over Palestine and demanded that the British leave the country forthwith and a Jewish state be established. The gradual intensification of military action against the Mandatory government undermined the basis of British rule. These operations, carried out with the Lehi (Fighters for the Freedom of Israel) and occasionally with the Haganah as well, ultimately forced the British government to bring the question of the future of Palestine before the United Nations.

On November 29, 1947, the UN Assembly decided to partition Palestine into two states: a Jewish state, the State of Israel, and a Palestinian-Arab state.

Now, that the British Archives have been opened, it is obvious that the armed fight against the British, in which the Irgun took a prominent part, had a decisive role in their withdrawal from the country.

Wayne Madsen is a Washington, DC-based investigative journalist and nationally-distributed columnist. He is the editor and publisher of the Wayne Madsen Report (subscription required).