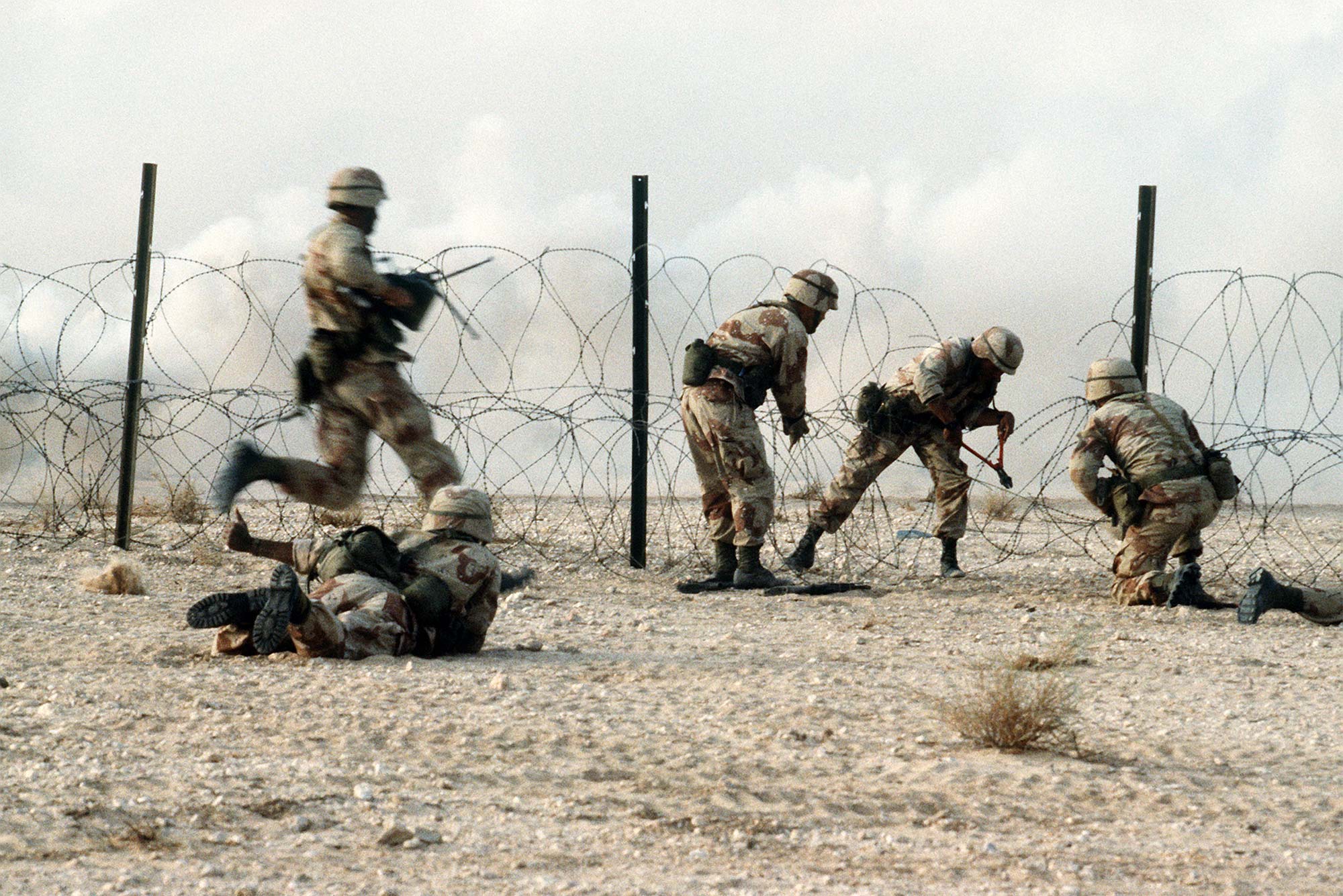 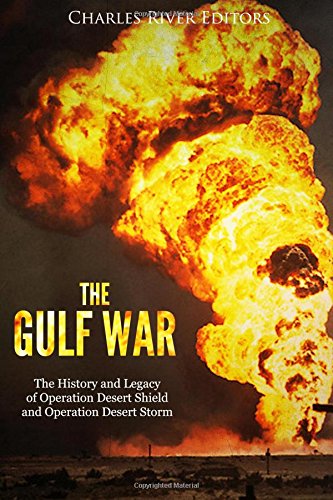 Soldiers, by nature, typically don’t complain.  In other words, the real impact of those who are disabled from the US invasions in Iraq, Afghanistan, and other Nations, is not fully reflected in the official Veterans Affairs numbers.  When soldiers are sent to murder women and children they tend to never be able to live normal lives thereafter…

73,000 dead amongst the U.S. soldiers for this scale operation using weapons of mass destruction is not high – we expect the great majority of U.S. soldiers who took part in the invasion of Iraq to die of uranium poisoning, which can take decades to kill.

From a victor’s perspective, above any major war in history, The Gulf War has taken the severest toll on soldiers.

More than 1,820 tons of radioactive nuclear waste uranium were exploded into Iraq alone in the form of armor-piercing rounds and bunker busters, representing the world’s worst man-made ecological disaster ever. 64 kg of uranium were used in the Hiroshima bomb. The U.S. Iraq Nuclear Holocaust represents far more than fourteen thousand Hiroshima’s. The nuclear waste the U.S. has exploded into the Middle East will continue killing for billions of years and can wipe out more than a third of life on earth. Gulf War Veterans who have ingested the uranium will continue to die off over a number of years.

So far more than one million people have been slaughtered in the illegal invasion of Iraqi by the U.S. Birth defects are up 600% in Iraq – the same will apply to U.S. Veterans.

Statistics and evidence published by the government and mainstream media in no way reflect the extreme gravity of the situation.

Those working for the government and media must wake up and take responsibility for immediately reversing this U.S. Holocaust. Understanding who is manipulating all of us is critical for all of us.

Soon after returning from the Persian Gulf war in 1991, U.S. veterans began complaining of strange symptoms: fatigue, joint pains, memory loss. The complaints were hard to dismiss — after all, these soldiers had been in a combat-ready condition when they were shipped east to drive Iraq’s army from Kuwait.

At first, the Pentagon denied that the syndrome existed, then asserted that it could have been caused by war-time chemical exposure. Although Iraq had repeatedly warned of its willingness to use chemical weapons, there was no hard evidence that it did. Nor could the incineration of Kuwait’s oil fields have caused the problem since many of the ill vets had not been exposed to the huge clouds of petro-fumes.

On Oct. 9, 1996, a prestigious committee of the National Academy of Science’s Institute of Medicine concluded that there was no evidence for a mysterious chronic illness associated with Persian Gulf War service.

All ahead reverse!
The report barely hit the headlines when the dam broke. One revelation after another bespoke the possibility that some combination of toxic chemicals or biological agents had caused the syndrome.

It turned out that a major Iraqi ammunition dump detonated by U.S. soldiers had contained nerve gas, and that Gulf-War symptoms were appearing in ever-more vets.

After the Pentagon shifted into reverse and admitted that its vets were not simple malingerers, it turned gulf war syndrome into a heavily researched — and exceedingly frustrating — medical conundrum. Soldiers in the Gulf region were exposed to a bewildering variety of nasties: oil smoke, nerve gas, vaccines, depleted uranium, fuel, insecticides, anti-nerve-gas medicines — in addition to the usual dislocation, boredom, exhilaration, and terror of wartime.

As we write in 2001, the U.S. government has spent $155 million researching the syndrome, and nobody can say for certain what caused gulf war syndrome — or indeed whether it is a unique medical entity rather than a bundle of diseases seen after other wars but called by other names.

The 1996 announcement that broke the dam of skepticism concerned the destruction of the giant Kamisiyah ammunition dump in southern Iraq on March 4, 1991, the day after Iraq surrendered. To destroy the arsenal, members of the 37th Engineering Battalion had set explosives under rockets that, unknown to them, contained the deadly nerve gas Sarin. The evidence of possible contamination began spreading like nerve gas across a desert battlefield:

The Pentagon announced that a pit holding at least 300 rockets containing sarin and cyclosarin, a related compound, had been demolished March 10.

The New York Times reported that Kamisiyah had been bombed extensively before the ground campaign, meaning GIs could have been exposed before their assault (see “U.S. Jets…” in the bibliography.)

The Pentagon continued to raise its estimate of the number of downwind troops who might have been exposed to chemical weapons during demolition efforts.

The Kamisiyah dump contained up to seven tons of sarin, according to press reports. Since it takes just a millionth of a gram of sarin to kill, that amount could, theoretically, kill millions. The only “good” data on Sarin’s human toxicity comes from a subway-poisoning episode in Tokyo, but the high doses in the subway may not shed much light on the low doses the GIs got in the desert (see “Sarin Savagery” in the bibliography).

Still, the revelations provided a possible material basis for the syndrome. Politicians of both parties, and activists who had pushed for action on gulf war syndrome, quickly demanded research, treatment, and compensation.

Another question-mark
Five years later, the issue remains as intractable as ever. Nobody can explain what combination of insults — whether from vaccines, toxins or pathogens — caused the syndrome. As researchers desperately chase an elusive target, some have advocated far-fetched theories about causes and treatments.

In 1997, Robert Haley, an epidemiologist at the University of Texas Southwestern Medical Center, published studies that differentiated three components of gulf war syndrome:
– memory, attention, and reasoning;
– confusion and balance;
– and muscle aches and weakness.
Haley correlated each of these syndromes with specific chemical exposures, but critics questioned his small sample and lack of controls.

Edward Hyman, a retired New Orleans doctor, thinks gulf war syndrome reflects a chronic bacterial infection. Hyman got $3.4 million in 1996 direct from Congress to study 36 people, but he has yet to publish his results. Apparently, he failed to use standard double-blind procedures to reduce bias.

A southern California researcher, Girth Nicholson, also received $3.4 million to study 491 gulf war patients, who will get either a placebo or an antibiotic. Like Hyman, Nicholson attributes the syndrome to an infection that can only be cleared by long-term antibiotic treatment.

Behind the disputes over gulf war syndrome is a long-standing argument over the effects of low doses of chemicals. At one extreme are those who believe exposure to many chemicals can lead to multiple chemical sensitivity. On the other hand, many scientists say that if an effect has not been measured in the lab, it doesn’t exist.

Still, veterans take gulf war syndrome seriously. By 1996, an estimated 50,000 to 60,000 U.S. veterans had sought medical evaluation for the syndrome from doctors in the military or Department of Veterans Affairs.

But in 2001, despite continuing studies, the existence and cause of gulf war syndrome are both in question. At a meeting in Virginia in January 2001, John Feussner, the top research official in the Department of Veterans Affairs, told Science magazine, “We’re going to look as long as there’s a chance we’re going to find something.”

Science reported that researchers reported no major insights at the 2001 meeting, and seemed to accept that the conundrum might be insoluble (see “Gulf War Illness: the Battle Continues” in the bibliography).

In their heads?
It’s possible — although anathema to many gulf war activists — that gulf war syndrome is the name for a more generalized post-war syndrome. After World War I, the lingering effects of the war were called “shell shock”; after World War II, “battle fatigue,” and after the U.S. war in Vietnam, “post-traumatic stress syndrome.”

According to this theory, gulf war syndrome is a more heavily publicized and intensely researched version of the physical and psychological impact of waging war.

Go to the original article

(In accordance with Title 17 U.S.C. Section 107, this material is distributed without profit to those who have expressed a prior interest in receiving the included information for research and educational purposes. VT has no affiliation whatsoever with the originator of this article nor is VT endorsed or sponsored by the originator. Any opinions expressed are not necessarily those of VT or representative of any staff member at VT.)