Home Health Influenza Vaccine a Must for Diabetics 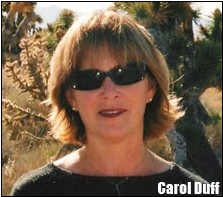 Influenza Vaccine: A Need For the Diabetic
by Carol Duff, RN

Influenza is a potentially serious viral infection with an incidence in the United States of 5% to 20% of the population.  Classic symptoms of the illness are sudden high fever, chills, head ache, unproductive cough, nasal congestion, sore throat, generalized aching, and malaise.  It is not uncommon for influenza to be confused with other respiratory illnesses which are less severe.

An uncomplicated case will last as long as 15 days with 5 to 6 of those days as representing restricted activity, often spent in bed.  After the initial symptoms have gone, there may be a period of several additional weeks of lasting fatigue.  Among those who are at high risk for complications are the very old and the very young, the diabetic, asthmatic, and those with cardiovascular disease.

For the diabetic who may have conditions related to his or her disease, such as renal and/or cardiovascular disease, there will be a greater chance of diabetic ketoacidosis (caused by the buildup of by products of fat breakdown, or ketones that occur when glucose is not available as fuel for the cells and fat is used instead.)  There are increased cases of diabetic ketoacidosis during influenza outbreaks. Any illness or stress may cause blood sugar levels to spin out of control. Diabetics are also at a greater risk for developing secondary pneumonia…

Influenza immunizations for diabetics are associated with a reduction in hospitalizations for pneumonias and influenza and deaths which demonstrates that the flu vaccine is important for the diabetic. The American Diabetic Association and the Center for Disease Control (CDC) recommend annual influenza vaccines for all diabetics who are over the age of 6 months.   Now is the season for flu immunizations.