News the last two days is filled with tales of mourning for Tim Russert, Limbaugh clone who turned MEET THE PRESS from a powerful and incisive news show into a tool of big money or part of the blather of lies that has sunk America into both financial ruin and the most despised state of its history.  The utterly unexpected onset of 5 dollar gasoline, being told we are “no longer wanted” in Iraq and the endless morass of a losing war in Afghanistan plague an American population lulled into idiocy by people who should know better, the journalists that betrayed America.

We have become a nation raised on lies.  We expect it, we demand it.  We demand leaders that none of us would trust taking care of our pets, much less our country.  We turn the lives of our children, the welfare of our nation and even worse, the price of our gasoline itself, over to puppets of oil companies, arms dealers and an endless series of thieves.

ALL NIGHT, FREAKISH HOWLS WERE HEARD FROM THE WHITE HOUSE WITH REPORTS FROM STAFF THAT VICE PRESIDENT CHENEY SPENT THE NIGHT SCREAMING “OH LORD, WHY DIDN’T YOU TAKE ME FIRST?” SETTING THE TONE.  REPORTS HAVE YET TO BE CONFIRMED THAT PRESIDENT BUSH PLANS ON NAMING AN AIRCRAFT CARRIER OR ONE OF THE LESS NOTABLE WESTERN STATES AFTER RUSSERT ARE COMING IN.  IT HAS BEEN SUGGESTED THAT THE STARS ON THE FLAG BE CHANGED TO $ IN HONOR OF RUSSERT’S SACRIFICES DURING WARTIME.

Will we ever have the trials America deserves.  Currently, the Democrats aren’t even willing to impeach the two Fascist morons, Bush and Cheney, whose crimes scream out for retribution.  They claim it is too late.  They may be right.  Nobody can bring our children back to life or empty the Swiss bank account loaded to overflowing by the criminal gang that has pulled the strings for 7 years.

Instead, we simply have more the same, but on a smaller scale.  7 years of theft by Republicans at a scale never before imagined in a free nation will now be followed by, if predictions are correct, years of fighting over the crumbs by newly elected Democrats, too much part of the culture of corruption in Washington’s “Disneyland from Hell”.

We can still turn on our radios and TVs and hear about “liberals” from people claiming to be conservative who support corruption, mob rule, unlimited and unaccountable government and criminal greed under the guise of “Christian righteousness”.

How do we define the phony Conservatives of the Bush era?  For the most part, they are cowards.  Whining and blaming others while earning a living stealing money from taxpayers or decent workers is typical of the petty gangsters we have seen fall from power and into prison one by one.  They have stripped America bare like a carcass, helped along by people like Russert, who lob “softball” questions at crooks and liars believing they represent, perhaps rightly so, the pack of idiotic “fatass” draft dodging country club freaks who have even less respect for democracy than they have for their workers or the victims of the sexual depravity so many of them seem to embrace.

For years, Russert and every other pig faced scumbag has done little but cheer on thieves and cowards while decent Americans have lost their homes, their jobs and their children.  YOU ARE LESS LIKELY TO HEAR ONE OF THESE PISSANTS RAISE A WORD ABOUT HALIBURTON FINANCING IRAN’S NUCLEAR PROGRAM OR THE 9/11 COVERUP WE ALL SUSPECT BUT SO MANY OF US FEAR TO TALK ABOUT OPENLY OR EVEN THE SYSTEMATIC ABUSE OF OUR WOUNDED TROOPS BY ADMINISTRATION THUGS THAN YOU ARE TO HAVE A REAL RELATIVE DIE IN NIGERIA LEAVING YOU MILLIONS.

Today our new breed of media misfits, gutless followers and witless sycophants are rallying around one of their fallen, celebrating the transition from one level of stench and putrification to another as though an actual useful human with values and feelings had died instead of a malevolent freak of nature, better abandoned at birth.  Ah, but I digress with these words of kindness, deserved and earned but so seldom used in their appropriate form in our politically correct society.

FOR YEARS RUSSERT, LIMBAUGH AND OTHERS HAVE LOOKED THE OTHER WAY OR OPENLY PARTICIPATED IN OBFUSCATION, PANDERING TO FOOLS AND RUNNING INTERFERENCE FOR THE DC BASED MORONIC ERRAND BOYS OF SPECIAL INTEREST GROUPS THAT CONSIDER THEMSELVES ABOVE ANY LAW, ANY ETHIC AND LOYALTY TO ANY COUNTRY.

If you don’t think the leaders you elect are people who could never learn to hold a real job, like fixing a car, operating a cash register, assembling a Big Mac, keeping cattle alive or managing a gas station, you have an unsupported view of people who have NO TRACK RECORD of success whatsoever.

ANY CLOSE LOOK AROUND WASHINGTON WILL SHOW SUCCESSFUL PEOPLE WITH MULTI MILLION DOLLAR HOMES, SPENDING MONEY LIKE IT WERE NOTHING…..ALL BASED ON BACKROOM DEALS, UNEARNED JOBS, “CONSULTING CONTRACTS”, HALF OF THEM SECRET, MANY OF THEM WITH VICIOUS DICTATORS AND AMERICAN ENEMIES.  WORST OF ALL, MOST OF THE MONEY COMES FROM THE TAXPAYERS THEMSELVES, PEOPLE THEY LOOK ON, AS THEY HAVE FOR 2 CENTURIES, AS TOTAL SUCKERS KEEPING THE “GRAVY TRAIN” RUNNING FOREVER.

WHILE WE SNEAK THE BODIES OF OUR WAR DEAD HOME IN THE MIDDLE OF THE NIGHT, THE BLOATED NEWS PIG AND LIAR FROM NBC IS CRIED OVER AND FILLS OUR NEWS.

PERHAPS WE COULD STAND ON OUR FEET LIKE MEN, FIND HIS RESTING PLACE, HAVE A BEER OR TWO AND DO WHAT COMES NATURALLY. 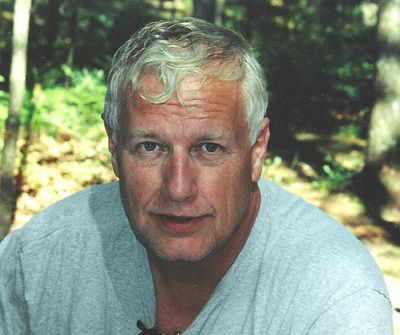 GORDON DUFF IS A MARINE COMBAT VETERAN AND POLITICAL COMMENTATOR