Halloween means different things to different people. For me, Halloween is the eve of the date when I lost friends of mine in a little known historic sneak attack in Vietnam. Please take a moment to remember these brave Americans with me. 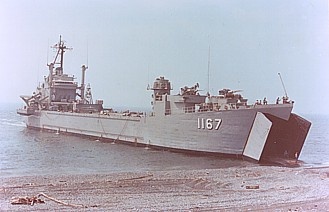 At 0322 two very large mines were detonated on the starboard side of LST-1167 killing twenty five.

Most Americans have never heard of the U.S.S. Westchester County, or knew this incident ever occurred. Below  you will read the names of those that were killed that morning. You will view Official JAG photos of the aftermath from the November 1st attack never before publicly published. You will hear how a devastated crew fought to avoid an even greater loss of life. And you will learn about the naval history of this great American fighting ship and the many awards she won.

This article is dedicated to the twenty five who lost their lives in the service of this country, and to the preservation of their story. 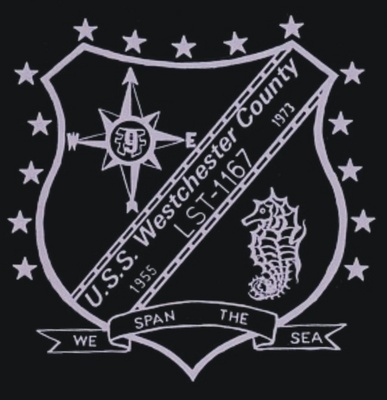 I served aboard the U.S.S. WESTCHESTER COUNTY from September of 1965 until July of 1967. Several of the sailors killed on November 1, 1968 were former shipmates and friends of mine. The information and photos appearing on this page were compiled by me while researching the Mining Incident for my screenplay "Smoke on the Water". If you have any questions, please feel free to contact me. Jere Beery

Battle stations remained at-the-ready for many hours, as it was not known if this was the beginning of a much larger attack, or if more unexploded charges were attached to the hull.  damage control teams worked frantically to suppress and control the flooding, while attempts were made to free trapped crewmen.  Most of those killed were crushed between the deck and the overhead while still in their bunks, making rescue and body recovery very difficult.  All damage control teams were instructed to conduct rescues and repairs without the use of cutting torches or welding equipment.

At on point, the ship’s Corpsman, HM1, JOHN SULLIVAN climbed down into the wreckage to locate and rescue two men pinned in the lower compartments. Although wounded himself, HM1, SULLIVAN administered medical attention to his injured shipmates and helped extract the two men. SULLIVAN would later be awarded the Silver Star for his actions and the Purple Heart for his wounds. (HM1, JOHN SULLIVAN passed away on October 2, 2006)

As damage reports made their way to the Bridge, the names of the dead and missing began to add up.  17 – ships crew dead or missing, 5 – U.S. Army personnel dead, 1 – U.S. Navy Riverine sailor killed, 2 – Vietnamese military personnel killed, 22 others wounded. The USS WESTCHESTER COUNTY had suffered a great loss, and would remain in great danger for many more hours to come. One of the two explosions had breached the tank deck bulkhead and pallets of 155 artillery shell had been broken open and strewn about the lower deck. Her  350 tons of explosive cargo was very unstable and extremely venerable.

The 25 killed that morning have come to represent the “U.S. Navy’s Greatest Loss of Life in a Single Incident as the Result of Enemy Action During the Entire Vietnam War”. . .

This is merely a thumbnail sketch of the events as they occurred that November morning. Every man that survived that day has a story to tell. Twenty two of WESCO’s crew would later be awarded the Purple Heart for wounds suffered in  the sapper attack. WESCO was patched up and returned to her home port at Yokosuka, Japan. LCDR. BRANIN would receive the Bronze Star for his leadership under fire, and continued his career in the Navy. (LCDR. JOHN BRANIN passed away in April 1998).

[ Footnote ] If LST-1167 had gone to "High Order’, "exploded", that morning, the headlines in the newspapers here at home would have read; "Between 400 and 500 U.S. military personnel killed or missing in single Viet Cong attack!" One can only speculate to how the U.S. would have responded to such a loss in 1968.

In 1974, LST-1167 was turned over to the Turkish Navy, where she serves today as L402, SERDAR.  During U.S.S. WESTCHESTER COUNTY’s 19 years of service, the ship and crew received many awards.  Among her many awards, 15 Engagement/Battle Stars.  Of 1200-plus LST’s commissioned into service since December 14, 1942, only three (3) have ever earned 15 Engagement Stars.  The U.S.S. WESTCHESTER COUNTY served above and beyond with distinction. 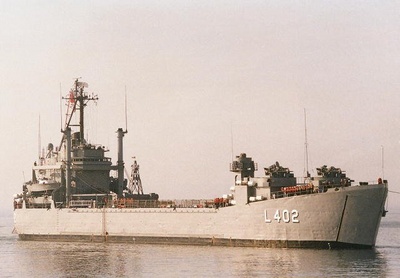 Too many stories of outstanding military service during the Vietnam War have gone untold for many decades.  The previous is just such a story, as it has gone untold for 36 years.  It is the history of a great ship, her brave and heroic crew, and her service and sacrifice. 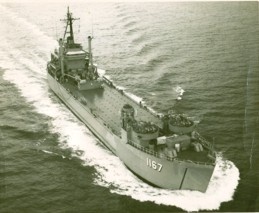 The unpopularity of the Vietnam War has created a stigma on “positive stories” about such a “negative war”.  Sometimes, we as a people are guilty of spending more time trying to appoint blame for Vietnam, than we do recognizing acts of Courage and Valor, Heroism and Bravery, Above and Beyond Service rendered by our military personnel.

The personal irony to this story for me is – in 1967, when I volunteered for duty with the river patrol, some of the very same sailors that were killed on November 1st 1968 had warned me against the danger I faced with the PBRs. After all, it was considered "safe duty" aboard a ship in Vietnam and you still collected hazardous duty pay. My friends urged me to stay aboard WESCO. It would have been very easy to extend my duty aboard LST-1167, as the ship’s company was very short-handed at that time. As fate would have it, every single man in my former berthing compartment (Lower Operations), that wasn’t on watch, was killed in the sneak attack, and I lived… I still feel guilty about that. 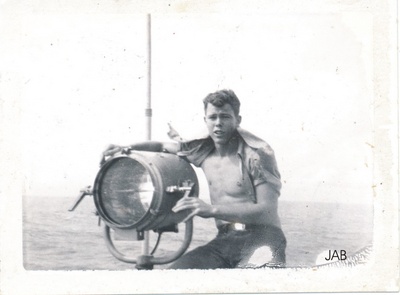 In 1990, myself and a small group of former crew members and family founded the U.S.S. WESTCHESTER COUNTY, LST-1167 ASSOCIATION.  The association’s primary objective is the historical preservation of the service and sacrifice of LST-1167.  In the short time the association has been active; a very large commemorative showcase to LST-1167 was dedicated in the County Building of Westchester County, New York (LST-1167’s namesake).