SINCE the Vietnam War, R.O.T.C. programs have been banned from operating on campus at elite universities like Yale and Harvard. These institutions have also long hindered the military’s efforts to recruit their students. But in March 2006, the Supreme Court ruled unanimously that the military must be allowed back on all campuses. The door is open.

More importantly, the students themselves are ready.

I recently taught a course on the obligations of citizenship at Yale, where I also spent three years as a law student. If my university holds some prejudice against military service, its students, in my experience, don’t seem to.

The student-run Yale Political Union recently approved a resolution to invite R.O.T.C. back on campus. Several pro-military organizations have sprung up, including the Semper Fi Society, which helps undergraduates become Marine Corps officers. 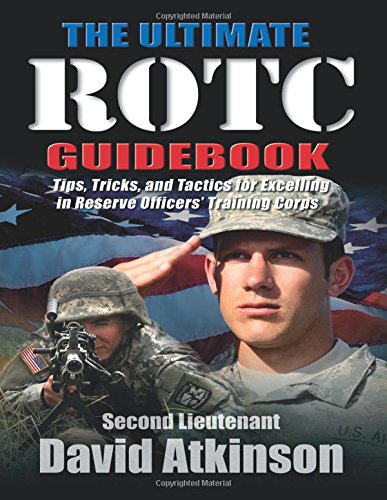 While it is true that few of the students I taught will ever serve in uniform, part of the reason is that no one has bothered to ask them to.

To change that, our new commander in chief should order the military to activate new R.O.T.C. units. President Obama should then direct it to step up in-person recruiting efforts on these campuses.

TV commercials showing marines scaling mountains will not work on Yale students. But programs like Teach for America have great success recruiting from Ivy League colleges because their recruiters are given time at the end of large lectures to deliver their pitch.

If the military demands similar access, students will respond. Imagine asking a 21-year-old: “How would you like to go somewhere where you are the only person who is capable of helping?” My students were desperate to serve their country in some way. We owe it to them to offer the armed forces as a realistic option.

But rebuilding a connection between America’s military and its most selective colleges is about more than providing exceptional opportunities to exceptional young people. It is, ultimately, about our military’s relationship to its civilian leaders.

At Yale, which has supplied more than its share of senators and presidents, almost none of my former classmates or students ever noticed the absence of uniforms on campus. In a nation at war, this is a disgrace. But it also shows how dangerously out of touch the elites who shape our national policy have become with the men and women they send to war.

Whenever I encounter animus toward the military at Yale, it is almost always born of ignorance. Students often cite the “don’t ask, don’t tell” policy on gays in the military as a justification for the ban on R.O.T.C. They are far more sympathetic when I explain that such policies are enacted by Congress and that the military has no choice but to comply.

Toward the end of the semester, I took my class to West Point. None of my students had ever seen a military base, and only one had a friend his age in uniform. But every one of them was deeply respectful of what they saw. My students understood that many of the cadets they met would soon be at war. And without my saying it, they also knew that the decisions leading to war are made by elite civilians like themselves.

As a candidate, Barack Obama called top colleges’ rejection of the military a “mistake.” As president, he can begin to correct that mistake by ordering the military to invest in new R.O.T.C. units and redouble campus recruiting efforts.

The door is finally open, but it is up to our commander in chief to lead us through.

About Author:  Kenneth Harbaugh, a former Navy pilot, is the executive director of the Center for Citizen Leadership.