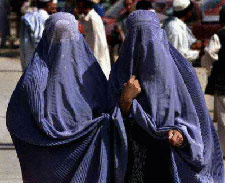 TIME TO BLOW THE WHOLE PLACE TO HELL OR STEP BACK?

No surprise to anyone, we are seeing a troop buildup in Afghanistan and threats going back and forth.  President Obama calls this our “American War,” denoting that, just maybe, the war in Iraq involved smoke and mirrors along with pulling the proverbial wool over Tony Blair’s eyes.  This week, our British allies are beginning their pullout from a war the vast majority of British citizens believe was, not only a mistake, but an abuse of Britain by their closest ally, America.

Afghanistan may have been “the garden of Eden” as people have been farming there longer than any place on Earth.  It has been invaded more times than anywhere else, sitting between ancient and great empires on in the path of conquering hordes.  Between 1839 and 1919, the British fought 3 wars.  India and Pakistan were under British control at the time, and Afghanistan was seen as a natural extension of this.  However, the Afghan’s didn’t entirely agree.

India (pronounced “In-jyaa”) had a long history of civilization, much longer than Greece or Rome, and traditional leaders that could be “subverted” to cooperate in European/British control.  Afghanistan is tribal, remote and inherently disorganized.  From 1919 to 1973, Afghanistan was a kingdom under the Barakzai dynasty and began a period of modernization, initially based on the Turkish model.  This policy had limited success and a revolution in 1973 established a republic that began playing Americans against Russians.  This led to difficulty.

In 1978, political groups favoring Russia, in a complex change of power, took control and a revolution started.  In 1979, the Russians, who had a “Treaty of Friendship” stepped in to help.

Certainly over a million Afghan’s died fighting the Russians, maybe many more and 5 million fled to Pakistan.  The United States saw this war as a way of giving Russia their own “Vietnam” experience, so we backed groups that would later become the basis for the terrorist groups we are now fighting.

Thus, the “Cold War,” Russian desire to exert influence and an American policy short on consideration for long term consequences, created an Afghanistan that would remain, not only a terrorist state but one that would influence Islamic extremism in Pakistan, potentially destabilizing this powerful (sometimes) American ally.

Here we sit, years later, abandoned by our European allies, fighting a war in a landlocked country where our resupply efforts either have to go thru Russia, a country who feels threatened and offended by us or thru Pakistan, where terrorist attacks and hijackings have made resupply, at times, almost impossible.

The enemy, “the Taliban,” has aligned itself with terrorist elements tied closely to internal struggles in Saudi Arabia.  We call this “Al Qaeda,” but it is something far more complex than that.  The Saudi’s operate a dictatorship/monarchy half in the middle ages and half ultra-modernized.  They royal family, one close to many Americans, also includes many bitter enemies of America who give more than minor substantive support to terrorists around the world.

The Saudi’s may be key to this as their nation is the most important Islamic religious sites are in their country along with much of the world’s oil and a political voice impossible to ignore in the Middle East.  The current royal family seeks a stable Middle East in order to survive but has played one side against the other for decades in the process.

America, because of the debacle in Iraq and disastrous policies of the Bush administration, has become isolated from her traditional allies.  The coalition built by George Herbert Walker Bush against Iraq/Saddam now sees America as a terrorist threat themselves, if not the governments, certainly the people of those nations.

This leaves President Obama with the difficult job of sucking Russia and Europe into supporting us in Afghanistan, stabilizing Pakistan so they can resist terrorist/extremist control of the border areas and control of their own country along with trying to “deal” with the Taliban.

How a group of religious extremists with strange beliefs could get so many followers, especially in countries as advanced as Pakistan is hard to understand.  Here at home, religion has been used as a political “con,” underwritten by oil companies and the tobacco lobby combining “faith” with greed in an unwholesome partnership.  There, keeping women out of schools and stoning people to death is actually seen as following the will of a deity.

What is coming can’t avoid being unpleasant.  To negotiate, we first have to get some attention.  This requires escalation, allies and the risk of losing Pakistan, a nuclear power, to extremists.

Could any of this have been avoided if we hadn’t invaded Iraq instead of fighting our real terrorist enemy?  Would gaining allies be easier if we weren’t seen as a terrorist nation ourselves?  Did we waste world opinion, fully behind us after 9/11 by invading Iraq on a whim?

How do we fight wars when we have no money ourselves and a long history of, not only politicizing our own military to the point of destroying its combat effectiveness but depending on our own economic collapse in order to recruit troops we have expended in efforts that makes even Vietnam seem sensible?

If we are paying attention, we will learn the lessons the Russians did.  Doing nothing for 7 years didn’t work.  Now, when we ask for help, nobody  listens.  When we want to talk, nobody cares.  How do we tell the world that we are waking from a nightmare here at home ourselves.