I had expected the three-volley salute, but still flinched when the soldiers fired their guns. Funerals always put me on edge. Later, as the honor guard stoically removed the flag from the casket, and folded it to present to Bros’ daughter, I thought, "How appropriate."
It was fitting that retired Staff Sgt. Homer O. Pledger Jr. be buried with full military honors. After all, his death was service-related, a result of his tour of duty in the Persian Gulf. No, not in this Iraq war; it happened 18 years ago in Operation Desert Storm. Apparently, that’s where Bros contracted ALS. How, no one knows.

No doubt, you’ve heard of ALS, amyotrophic lateral sclerosis. It is also known as Lou Gehrig’s disease, named after the Yankees slugger who was diagnosed with the ailment in 1939.

Occasionally on TV, you might see that movie clip of Gehrig retiring prematurely from baseball. "Today I consider myself the luckiest man on the face of this earth," he says to cheering fans. But I’ve never seen film footage of Gehrig after ALS took its toll.
I saw that with Homer.

Within two years of being diagnosed, this tall, strapping man who loved life and everything about it, couldn’t walk, couldn’t feed himself, needed a computer that read his eye movements to communicate, and, in the end, could no longer draw breath into his lungs. Only his faith grew stronger.
Bros died March 22 at a Kansas City hospice, and he was buried five days later at the Missouri State Veterans Cemetery. He was only 54 when he succumbed to what has to be one of the cruelest diseases imaginable. 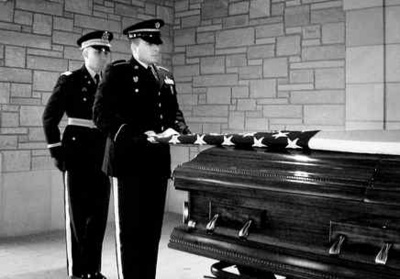 ALS was first identified as a disease in 1869. Scientists still don’t know what causes it. But within two to five years, its victims typically die. It’s a progressive, neurodegenerative disease that attacks nerve cells in the brain and spinal cord.

But people with ALS don’t lose their ability to think clearly. So, it’s like torture. Victims know what is happening to them, but they can’t do anything about it. That’s hard on them, and it’s hard on their caretakers – like Homer’s brother and two sisters, who were always there to nurse him through his journey.

The siblings had to wage their own war to get Homer veterans benefits that covered all of his medical needs, which really shouldn’t have happened, since he was only asking for what his service record said he was entitled to receive.

But anyone who has dealt with the VA bureaucracy knows nothing concerning benefits comes easy. You have to see this person, then that person, fill out this form, then that form, then find the right person in a position of authority to actually make things happen.

Since 2001, the Veterans Affairs Department has acknowledged that ALS is a service-related disease for soldiers who served in the Persian Gulf War.
The VA’s decision was based on a study that compared 700,000 U.S. military personnel who served in the gulf between August 1990 and July 1991 with 1.8 million personnel who were not deployed to the region. Those deployed were nearly twice as likely to develop ALS. No one knows why.

The ailment may be what, in many cases, was once diagnosed as the mysterious Gulf War Syndrome. What triggers the ALS symptoms, which often don’t become evident until years later – as they did with Homer – remains a mystery.

There has long been speculation that the illness might be related to an anthrax vaccine containing squalene that Gulf War soldiers were required to take. But back in the ’90s, the Army also thought exposure to fumes from the burning oil wells in Kuwait might have caused ALS-like symptoms.

Two 2003 studies confirmed that there is a higher incidence of ALS among Gulf War veterans, and that the rate of the disease increases as that population of men gets older.

Later, a Harvard University School of Public Health study released in 2005 showed that actually the incidence of ALS is higher among all men who served in the military during the last century, but not as high as those who served in the Gulf War. The National Academies of Science came to a similar conclusion in a 2006 study.

These results led the VA to issue new regulations last September, granting full health and disability benefits to any veteran who has ALS. Lacking scientific evidence of a specific link between military service and the disease, however, the VA said its new rule was issued as a humanitarian gesture. It expects 416 new ALS cases among vets this year.

The ALS Association hopes that the now clear association of Lou Gehrig’s disease to serving in the military will spur Congress to put more money into research of the illness, including the Department of Defense’s peer-reviewed ALS study. The association also wants the VA to renew enrollment in its ALS registry, which it halted in 2007.

I hope there’s more research on ALS, too. It is a rare disease, occurring in only two persons per 100,000 in the general population. But it is also a wicked disease that cripples people, and then smothers their breath, while they can do little more than watch their own deterioration. Soldiers who served their country deserve a better fate than that. Bros certainly did. So does everyone else.