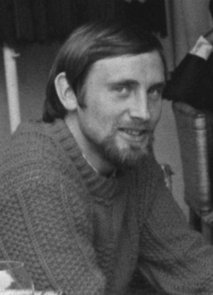 Van Es was considered by colleagues to be fearless …

AP-Hugh Van Es, a Dutch photojournalist who covered the Vietnam War and recorded the most famous image of the fall of Saigon in 1975 — a group of people scaling a ladder to a CIA helicopter on a rooftop — died Friday morning in Hong Kong, his wife said. He was 67.

Slender, tough-talking and always ready with a quip, Van Es was considered by colleagues to be fearless and resourceful.

He arrived in Hong Kong as a freelancer in 1967, joined the South China Morning Post as chief photographer and got a chance the next year to go to Vietnam as a soundman for NBC News. After a brief stint, he worked as a photographer for the Associated Press in Saigon from 1969 to 1972 and then covered the last three years of the war from 1972 to 1975 for United Press International.

His photo of a wounded soldier with a tiny cross gleaming against his dark silhouette, taken 40 years ago this month, became the best-known from the May 1969 battle of Hamburger Hill.

And his shot of the helicopter escape from a Saigon rooftop on April 29, 1975, became a metaphor for the desperate U.S. withdrawal and its overall policy failure in Vietnam.

As North Vietnamese forces neared the city, upward of 1,000 Vietnamese joined American military and civilians fleeing the country, mostly by helicopters from the U.S. Embassy roof.A few blocks away, others climbed a ladder on the roof of an apartment building that housed CIA officials and families, hoping to escape aboard a helicopter owned by Air America, the CIA-run airline. 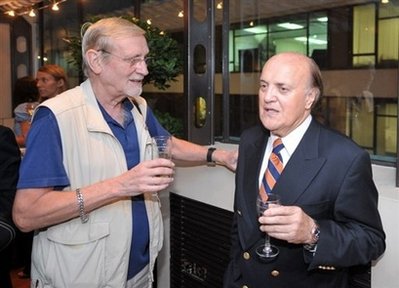 From his vantage point on a balcony at the UPI bureau several blocks away, Van Es recorded the scene with a 300mm lens — the longest one he had.

It was clear, Van Es said later, that not all the approximately 30 people on the roof would be able to escape, and the UH-1 Huey took off overloaded with about a dozen.

The photo earned Van Es considerable fame, but in later years he told friends he spent a great deal of time explaining that it was not a photo of the embassy roof, as was widely assumed.

The image gained even greater fame after the musical "Miss Saigon" featured the final Americans leaving the city from the embassy roof by helicopter.

Hubert Van Es was born in Hilversum, the Netherlands. He said he decided to become a photographer after going to an exhibit at a local museum when he was 13 and seeing the work of legendary war photographer Robert Capa.

After graduating from college, he started working as a photographer in 1959 with the Nederlands Foto Persbureau in Amsterdam, but Asia became his home.

When the Vietnam War ended in 1975, Van Es returned to Hong Kong, where he freelanced for American and European newspapers and magazines and shot still photos for Hollywood movies on locations across Asia.

He and his wife, Annie, whom he met in Hong Kong, were married for 39 years. He is survived by Annie and a sister in the Netherlands. 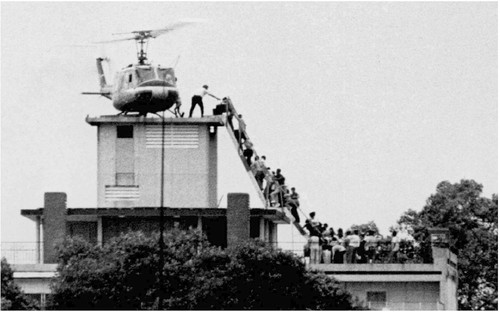