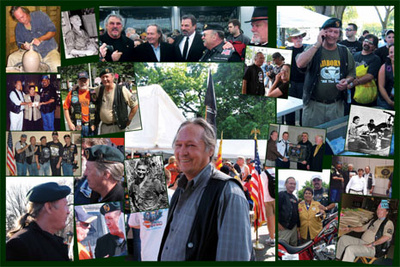 TRASHED BY LIBERALS AND CONSERVATIVES ALIKE

Ted Sampley was my political opposite but my friend.  Ted and his US Veterans Dispatch cut a wide path thru the last couple of decades of hypocrisy and lies.  There was little Ted wouldn’t do for POWs or to bash Washington phonies like Kerry or McCain.  McCain was his special enemy.  McCain called Sampley “The vilest person on earth.”

Few Americans can claim that honor.  Sampley went to war against McCain over POWs abandoned in Vietnam.  Sampley was a Special Forces Staff Sergeant who served two tours in Vietnam.  He was a seasoned combat veteran, loved in his local community and feared in Washington.  Sampley took notice that McCain had worked so hard to prevent POW recovery efforts and acted as a “mouthpiece” for North Vietnam.

Sampley, who was also an enemy of Kerry and Swift Boat supporter, believed Mccain was a communist agent and spent his life investigating McCain.  My own activities in the POW arena had brought up some serious questions about Mccain but Sampley went for the jugular and got blood.  He coined McCain “the Manchurian Candidate” and the name stuck.

Sampley was the consummate “good ole boy” who “walked the walk” and made enemies in the press, said to be the liberal press, but always happy to go after Sampley when he attacked conservatives with things to hide.

Sampley put his life on the line for POWs and veterans, sold alot of things on his website, ran a number of businesses and staged many media events that made him famous.  When confronted with coverups, a government willing to sell its soul and confronted by phonies and liars at every side, Sampley made a mockery of his enemies for decades.

Sampley’s exposure of Colonel Bud Day’s Medal of Honor controversy, McCain’s possible ties to Russian intelligence  (still haunting us today) and an endless line of democrats he hated made him one of the few combat vets and tireless fighters that earned the respect of veterans.

Even when I disagreed with Ted, it was impossible to fight with him.  He stood by what he believed in and he would fight anyone anytime.  In a world of people who are “all mouth” Sampley was a giant.

He will be missed.