This media release was sent from a member of Senator Claire McCaskill’s (MO) staff. She is the Chair of the Subcommittee on Contracting Oversight, Senate Committee on Homeland Security & Governmental Affairs.
Next week her subcommittee will be continuing hearings about the mismanagement of contracts with a private security company in Afghanistan . Please forward to anyone you think may also be interested. Below is the media advisory and link to the hearing information, which will eventually have the webcast on it.

Contracts may have placed embassy at risk 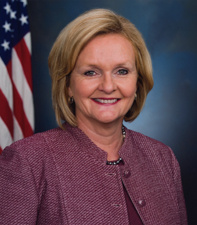 WASHINGTON, D.C. – The Subcommittee on Contracting Oversight, led by Chairman Claire McCaskill (left), will hold a public hearing on Wednesday, June 10 that will question whether the mismanagement of contracts with a private security company may have put the U.S. Embassy in Kabul , Afghanistan at risk.

The hearing will address allegations of waste, fraud, and abuse relating to the State Department’s contract with ArmorGroup North America (now a subsidiary of Wackenhut) to provide security at the Kabul Embassy. The Subcommittee has learned that the security of the embassy may have been jeopardized over the last two years because of the contractor’s failure to comply with U.S. laws and contract terms. The hearing will examine these allegations and explore potential abuses in the award, management, and oversight of these contracts.

Who: Subcommittee on Contracting Oversight

What: Public Hearing on Allegations of Waste, Fraud, and Abuse in Security Contracts at the U.S. Embassy in Kabul 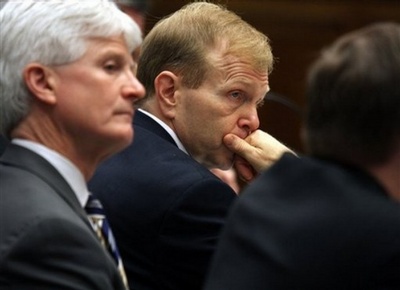 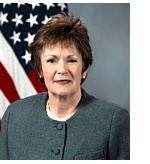 Kathleen M. Watson was named Director of the Defense Security Service (DSS) on Feb. 18, 2007. She is a member of the Senior Executive Service.

DSS ensures the protection of U.S. and foreign classified or sensitive information in the possession of industry; facilitates the personnel security process; delivers security education and training; and, provides information technology services in support of DoD and partner agency industrial and personnel security missions. Prior to her DoD assignment, Ms. Watson had a long and distinguished career in the Central Intelligence Agency’s Office of General Counsel where she served in a number of progressively responsible positions. Most recently, Ms. Watson served as Chief, Administrative Law Division. In addition, Ms. Watson served as an attorney in the Intelligence Community Affairs Division, as legal advisor to the Central America Task Force and as counsel to the Central Eurasia Division, the Staff for Technology Management, the Balkans Task Force and the Counterintelligence Center.

Mr. Brinkley has wide ranging background in security and training. He is a retired Marine infantry officer who commanded at the platoon through battalion levels. Additionally, his experience includes wide-ranging staff and training assignments. Between 1991-1995, Mr. Brinkley served as a Security Specialist/Special Project Officer for the Assistant Administrator for Civil Aviation Security, Federal Aviation Administration; his duties included support to the agency’s Federal Air Marshal Program and supporting R & D programs. After a brief time on the staff, Science Committee, House of Representatives in 1995, he joined Wackenhut Services, Incorporated (WSI), as the Special Response Team (SRT) Commander, Savannah River Site, Department of Energy (DOE); also, he has served as Chairman, SRT Quality Panel, for DOE’s Office of Safeguards and Security (OSS). During his tenure with DOE, Mr. Brinkley led OSS’s pilot programs for the development of standardized target folders, pursuit and recapture operations, and chemical-biological weapons protection measures. In 1998, he was promoted to Vice President, Wackenhut Services, Incorporated.

Mr. Brinkley joined the Office of the Coordinator for Counterterrorism (S/CT), Department of State, in August 1999 as the Weapons of Mass Destruction (WMD) Policy Advisor. (LINK – This should be interesting) He focused on the CT policies and engagements necessary to strengthen the international will to respond to a WMD terrorist incident. After the designation of the Homeland Security Council on October 8, 2001, Mr. Brinkley added the identification of the international implications of a domestic WMD terrorist incident to his portfolio. As part of those duties, Mr. Brinkley planned, participated in, and conducted numerous policy development meetings, exercises, and tabletop seminars with senior level U.S. and international leaders; additionally, he was an active planner and participant in the nation’s two TOP OFFICIALS (TOPOFF 1 & 2) exercises. Between March 2003 and February 2004, he was a member of the professional staff, Aviation and Transportation Security Team and Border Security Team, National Commission on Terrorist Attacks Upon the United States (9-11 Commission). Mr. Brinkley is recognized for his domestic and international expertise in CT/WMD training and exercises. He provides corporate operational oversight for WSI’s support to the Department of Homeland Security; the NASA sites of Johnson Space Center, Jet Propulsion Laboratory (both fire and security), and Dryden Flight Research Center; Ames Research Center; and corporate International Programs including the WSI Iraq Fire Service which has grown from an initial force of 250 to over 600.

WSI is one of the largest security companies in the United States and the leading provider of security services to the US Government. WSI performs protective services for U.S. Government agencies and corporations which includes security and law enforcement, fire and rescue services, fire prevention, emergency medical services, hazardous material response and emergency management. WSI Fire and Emergency Service in Iraq is the primary emergency response capability for 18 United States Department of Defense (DoD) Fire Sites. The start-up of 18 fire sites simultaneously represents the largest single fire and emergency services effort in a combat zone in over 30 years and quite possibly in modern times. We are providing the DoD with a full service support program ranging from fire suppression, fire prevention, aircraft rescue and firefighting, technical rescue, hazardous materials, and basic life support services. Simply put, we protect those who are protecting the citizens of Iraq.

WSI has made significant political campaign contributions to both the Democratic and Republican Party (LINK – Anyone want to guess why WE are in no hurry to leave Iraq and plan to enhance our Defense Industry presence in Afghanistan? Major Hanafin)