One issue, above all others, should be uniting veterans in the United States.  It isn’t politics, it isn’t war, its about honor, respect and the rights of veterans.  The enemy?  The enemy is the rich and powerful and the politicians, both Republican and Democrat, that are stealing land from America’s veterans.

THIEVES IN THE DARK OF NIGHT

Americans who love and respect those who have fought to keep America free have donated to veterans, since the Civil War, billions of dollars of land.  Despite this wealth, despite this land, thousands of veterans are homeless and the land, piece by piece, is being given away, not to charities or the public, but through a series of scams to political insiders and fraudsters with connections.

Don’t be mistaken, this is a war.  VA "moles" from the Bush Administration working hand in hand with powerful Democratic politicians and California Governor Arnold Schwarzenegger are looting veterans property for the benefit of exclusive private schools, wealthy homeowners associations and private businesses owned by political supporters.

The veterans protesting were, at first, ignored.  Then they were threatened by VA police.  After this, the VA contacted DHS, the Department of Homeland Security and asked for surveillance on veterans protesting the theft of land, some of these veterans are over 80 years old and in wheelchairs.

Recently, uniformed troops, United States Army, under the control of the Department of Defense, attacked the protesting heroes.  No, we aren’t kidding, we have lost control of our country to this extent.

IF ANY OF YOU RECOGNIZE THIS INDIVIDUAL OR THIS VEHICLE LICENSE, PLEASE REPORT THIS TO THE LOS ANGELES COUNTY SHERIFFS PATROL AND VETERANS TODAY

WHO IS THIS AND WHY CAN’T THE U.S. ARMY FIND THIS MAN?

DOES ANYONE RECOGNIZE THIS TRUCK? 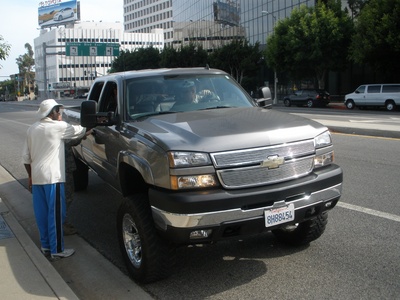 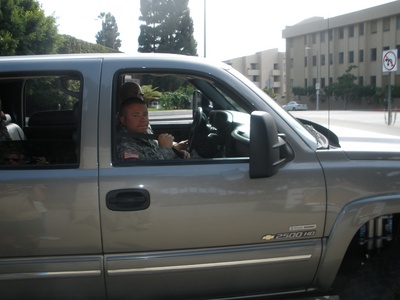 Were troops sent to attack veterans or is this simply a pack of criminals who stole uniforms in an attempt to destroy the honor and integrity of the United States Army?

We need to know.  Is this person an American soldier or something more sinister?

As of now, the police are looking for, what is either 3 joyriding clowns in stolen uniforms or American soldiers who have violated the Uniform Code of Military Justice and should be prosecuted.

HELP US FIND THEM

It is our responsibility, the responsibility of all veterans and all decent citizens, to support and defend our veterans, whether it is the NSA, Homeland Security, VA Police or the Army that is helping politicians steal veterans land.

Please take a stand now.  If you are for the United States, then support her heroes.