The fact that there was never any tie to 9/11 is  long established.  The cover story involving WMDs has also proven to have been manufactured.  The idea of invading Afghanistan in retaliation against attackers, none of whom were from Afghanistan is even more absurd.  Saying Al Quaeda trained there holds no water.  We knew they trained in the United States and had and may still have significant infrastructure in many countries, especially Italy, Britain, Germany, Indonesia, Pakistan and across Africa.  Afghanistan was very insignificant for Al Quaeda.  It is too remote and too primitive for them to operate successfully.  As we know, most of their operatives are educated professionals, teachers and engineers, not shepherds.

Neither war, Iraq nor Afghanistan, was is being fought against terrorism.  Terrorists could easily leave either country for safe havens in Syria, Iran, Pakistan or, more likely, Western Europe.  What then drove us to committing our military resources, seemingly without reason and at the risk of our national prestige to wars we know can never be won that can only destabilize friends and build decades of threat, mistrust and strife?  Could the reason involve a grander plan involving business?

We need to take a look at the players in the region.  They come in a couple of groups, including China and India as extremely influential energy consumers.  One stands above all because of her injured pride, her totalitarian government and a clear policy to reassert herself as a dominant power.  That nation is Russia.

Russia, under Putin, has nationalized her gas and oil companies and other key industries.  Russia is now under totalitarian control nearly as complete as with Stalin.  The primary offsetting power in the region is NATO, consisting of the United States and, not only Western Europe, but now more and more countries that were formerly under Soviet domination.

Two products controlled by Russia also control the lives of these nations, first being natural gas, the second diesel fuel.  Russia has huge gas reserves but huge with limitations.  Supplementing these are reserves, particularly  in Kazakhstan and Turkmenistan. A series of pipelines, from the Baku, Tiblisi Ceyhan Pipeline ending in the Mediterranean to northerly routes thru Russia and Ukraine into Western Europe supply key markets with energy.

These and the newly proposed pipelines, are sources of, not only revenue, but political power, power to turn off the heat and turn out the lights, power to blackmail customers, quietly sometimes, less quietly others. 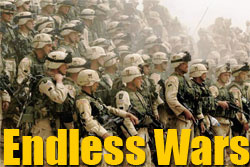 Turkey is key to the region.  Turkey, though a NATO ally and long time American friend, opposed our invasion of Iraq and is moving, increasingly into the Russian sphere.  As key transfer point for oil resources, Turkey is a vital regional player.

This energy threatens the stranglehold Russia has had on her former satellite neighbors and, more recently, Western Europe, in particular, Germany, France, Britain and Italy.  US military occupation of Iraq and Afghanistan with strategic bases in the Persian Gulf and the former Soviet Republics to the north, not only positions us militarily but assures of economic domination of the resources of the region and offsets the Russian threat.

This power play came to blows in Georgia a year ago when US and Israeli trained and led forces provoked a war in an attempt to offset Russian incursions into the region.  In turn, Russia has applied pressure on  Kazakhstan, Tajikistan, Turkmenistan, Uzbekistan and the Kyrgyz Republic since 2002 to resist overtures from Washington and Tel Aviv with little success.

US and Israeli investment in the region has given us control of the southern pipelines along with total military control of the Persian Gulf.  Thus, we control all regional oil other than from Iran, offset Russian influence in key gas producers and, an unspoken reality, sit on half the worlds opium supply which can only move thru US controlled regions and does so very efficiently.

With key pipelines going thru regions embroiled in war from Georgia to Kurdish Turkey and access to oil and gas from the region a controlling influence over Europe, it is unlikely that any attempt to end US occuaption or Israeli incursions into Georgia and Kazakhastan are likely.

The ability to use Iran as a "straw man" and keep a winless and useless war in Afghansitan going forever is a huge challenge.  Only a series of fictional threats or staged attacks such as alluded to by Tom Ridge in his recent book, can keep the public’s interest.

If President Obama follows the Bush methodology, as he seems to, imaginary security alerts will begin pouring out of Washington.  Whether Washinton chooses to use surrogates for "false flag" attacks to bolster Presiential popularity in order to support a renewed totalitarian agenda has yet to materialize.

Our unwillingness to address obvous issues from our last administration that should require broad prosecutions could be an indication that the current administration wishes to keep Bush era options, staged terrorst attacks and government financed disinformation campaigns aimed at the American people, available.

With the threat of a cross Sahara pipeline delivering gas from the massive reserves in Nigeria to Europe, the economic influence of both Russian and Central Asian energy resources will wane significantly.

Will it be possible to sustain both an Islamic insurrection and justification for a massive US military presence across Africa from Somaila to Nigeria?  Will America, true to course, militarily follow the energy marketplace to a new continent?