FINALLY, EVERYONE ELSE IS EVEN CRAZIER THAN VIETNAM VETS

REASON TO REJOICE OR NATIONAL TRAGEDY?

First thing I read this morning is an email is about a young soldier from Ohio who killed himself because of abuse in the military.  The issue?  Physical fitness.  How do I look at this, as a parent who has also lost a child, as former military, very former by the way or as a journalist who sees a obsession everywhere, a country with too much time on its hands and too little common sense.

Having spent most of my life as a Vietnam veteran I have actually enjoyed, on occasion, being designated both "dangerously insane" and "wildly rational."  Who could want more?  People are both afraid you will murder them like you did all those innocent babies in Vietnam and amazed that you aren’t a total jibbering idiot.  Thus, you can be both a dangerous sociopath and circus clown at the same time, kind of like being President.

How do I bring this kid back to life or make his family whole again?  How do I tell people that war is stupid, always fought over money, drugs, oil or to fill the pockets of defense industry crooks?  As honorable WW2 was to fight, our enemies were built on Wall Street money, Rockefeller oil and good old fashioned right wing politics, much of it American born.

We are supposed to stop being idiots sometime, especially when everything goes wrong.  First step I suggest is to load up everything from Iraq, Afghanistan, Saudi Arabia, Qatar, Diego Garcia, Kuwait, Turkey and a dozen other places and drag it home.  Let the other idiots kill themselves off and if, if they screw with our oil company profits, we can send our trillion dollar USAF over and murder everyone.

None of it is worth it.  None of it made any sense.  Iraq is a total disaster.  Yesterday, we read that Iraq is, even now, a client state of Iran.  Iran itself can’t even hold an election, much like the US, and is ruled by an insane religious cult.  Iran’s military has less real power than the New Jersey National Guard. 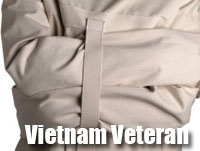 Why are we spending hundreds of billions to defend ourselves from a country that can only attack either Afghanistan or Russia.  Please, attack Russia or Afghanistan.  See how it works out for you.  Hell, we will give you Afghanistan.  Take it, please, today, now, don’t wait.

I can see it now, their religious fools fighting with the Taliban over whose insane laws are right?  Should women be educated?  Should goats wear hats?  Religion addresses all the great questions.  It would be funnier if 30% of the churches here at home weren’t even nuttier than the Taliban.

Today it was one dead kid, who was sick of being screamed at because he couldn’t do 200 pushups or was it 300?  Where are the people who are supposed to tell people that the military is just a damned job, not some calling from g-d to destroy the infidel or protect us from our enemies.

We are our enemies, insurance companies, banks, our TV and newspapers and every politician in the country.  Our biggest enemy is our own military.  Its leadership is so utterly ignorant and corrupt that respect for law, respect for human rights and the welfare of our troops are considered beneath consideration.

They may even be worse than our politicians.  They always were.  Learn some history.  What do you expect when you take kids addicted to snitching and running to mama, send them to school for 4 years in a service academy where they are lied to 16 hours a day and taught to lie to others with every breath?

Do you think you get real leaders?  When, on rare occasions, someone survives the childish brainwashing, Omar Bradley, forinstance, we get a great leader.  However, we elect Eisenhower as president, barely saving ourselves from Douglas MacArthur, a fascist blowhard.

Ollie North came from a service academy.  There, but for the grace of a "technicality" much deserved prison time was avoided.

He is typical as is John McCain.  Spoiled rich boy gets in a service academy and flunks out 4 times but is saved by daddy.  Gets his plane shot down, confesses to the enemy, does 54 radio broadcasts spewing anti-American hate and spends his life in the Senate working to crush veterans or hide POW crimes.

Maybe this, WWHTD?  What Would Harry Truman Do?

Truman, who chose to melt two Japanese cities rather than see a million Americans die, might notice dead soldiers, dead veterans and a country filled with war profiteers, fraudsters and, as we are learning more and more, seemingly loyal Americans spying for our enemies in droves.

Leave our wars now.  Quit?  What is the worst that can happen?  That’s simple, we stay.  Nothing worse than that.

If we are attacked by terrorists, be they from Saudi Arabia or Saudi Arabia, maybe we can deal with our real enemies but first, we will have to remove the elected officials on the payroll of our enemies from control of our country.

It wasn’t just 8 years of crazy foreign policy with Bush that we are chained to.  We are still fighting the Cold War.  We believe we have to have our boot on the neck of every country on Earth so people won’t start using birth control or join trade unions.

I am sick of hearing about terrorists.  Find me a terrorist who either hasn’t worked for the CIA or isn’t getting a paycheck from an American ally like Saudi Arabia, Turkey or "other" Middle Eastern countries I can’t mention here.

I am no longer able to believe anything my government tells me, either directly or thru Wall Street stooge Glen Beck.

Its no use being a crazy Vietnam vet anymore.  Who of us doesn’t feel we are surrounded by nutty people wherever we go?  Shop, drive a car or turn on a TV, all you see is crazy folk.  Crazy people murdering their families, crazy people running the country, crazy people with tin foil hats waiting for messages from the beyond but getting only Fox News.

Can’t we do one sensible thing?  Bring our kids home from war, get them fixed up, find them jobs, send them to school and take care of them like they were our kids.  Do that little thing, at least something, to prove we aren’t all totally insane.