Home Veterans Iraq Veterans Against the War (IVAW) gets recognition from Stars and Stripes.

The following article appeared in the Mideast edition of Stars and Stripes, the Pentagon funded newspaper serving our troops and military families around the world was sent to us by Vietnam Veterans Against the War (VVAW) and Veterans for Peace (VFP) San Diego organizer Jan Ruhman.

Dougherty notes that with the U.S. military presence in Iraq expected to end by 2011, an organization of current and former service members opposed to the Iraq war is widening its mandate to include opposition to Afghanistan.

At its annual convention in College Park, Md., in early August 2009, members of Iraq Veterans Against the War (IVAW) vigorously debated what the group’s stance should be on Afghanistan.

"Opposition to the Afghanistan war quietly became official policy earlier this year following an online membership poll. The vote was said to be close, though no details were publicly released," said Dougherty.

"A decision has been made in terms of our position, which is we are against it," said Jose Vasquez, executive director of IVAW and co-founder of the New York City chapter.

With that, leaders are "working out the way forward."

Since its founding in 2004, the IVAW has focused almost exclusively on Iraq, though members have been free to speak out for or against the war in Afghanistan. The organization, which has a national office in Philadelphia, estimates its membership to be at least 1,700, with roughly one-quarter of its members still in uniform. Most members, active duty or not, have not deployed to Afghanistan, said Devon Read (left), a Marine who wrote and introduced the resolution at the convention.

As is the case with Iraq, the existing IVAW resolution advocates "the immediate and unconditional withdrawal of all occupying forces in Afghanistan and reparations for the Afghan people, and support (for) all troops and veterans working toward those ends."

[Additionally, the IVAW is not exclusively in opposition to the wars in Iraq and Afghanistan but have on their legislative agenda supporting full benefits and adequate health care for all service members returning from Afghanistan or Iraq tied for number one priority with ending the war(s) due to the cost in lives and dollars diverted from caring for all America’s Veterans. [VT. Ed] 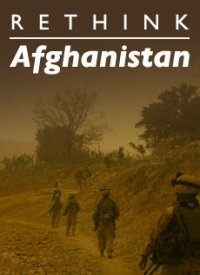 For now, the effort to develop a strategic approach to opposing the war in Afghanistan is being addressed at the local level. Among the most active on this front is the Los Angeles chapter, which Read heads. The L.A. chapter sponsors forums at which clips of a new documentary, Brave New Films "Rethink Afghanistan," are aired and discussed.

The meetings are intended to generate public and political support for IVAW’s position, which is that the continued presence of U.S. and NATO forces in Afghanistan is hurting, not helping matters.

"Chapters are trying to figure out where they want to go with this," Vasquez said. He added that IVAW members "don’t think Iraq was a good idea, and some of us think Afghanistan isn’t either."

Regardless the membership remains divided as any other Veterans group that is not entirely anti-war but question the motives of the current wars in Iraq and Afghanistan.

One of the members who support the war in Afghanistan is Army Sgt. Selena Coppa, an active-duty military intelligence specialist based at Wiesbaden, Germany.

"The organization is kind of split on that," Coppa said.

At times, she added, the issue of whether to oppose the war in Afghanistan "ran the risk of tearing us apart. IVAW is like a family. You don’t want members leaving."

Vasquez said many members, such as Coppa, "view Afghanistan as the good war," based largely on its role in the Sept. 11, 2001, terrorist attacks in the United States. The notion of also opposing that war "met with a lot of debate," he said.

Devon Read, who initially backed the war in Afghanistan, characterized his endorsement as "blind support," a view that has changed over the past year.

"To me," Read said, "It feels like we are creating more enemies."