THE "WMD" LIE MACHINE PUSHING US TO ANOTHER WAR

As with Iraq, the threat of weapons of mass destruction is again marketed as a causa belli. As with Iraq, the claim is disputed by weapons inspectors and intelligence analysts. The Iraqi programme had been shut down a dozen years before the invasion. In Iran, there is no evidence that uranium is being enriched beyond the low levels required for energy and medical purposes. Reports of a “secret” processing plant failed to note that Iran suspended uranium enrichment from 2003 until 2005. Seeing no change in the political climate except more sanctions and more Israeli threats to bomb its nuclear sites, Iran began building and equipping a new facility.

As with Iraq, there is no direct threat to the US As with Iraq, mainstream US. media focused not on Israel – the only nation in the region known to have nuclear weapons – but on Iran. Enrichment is relatively easy compared to the steps required to design, build and reliably deliver a nuclear warhead. Activity around each of those steps can be readily detected. 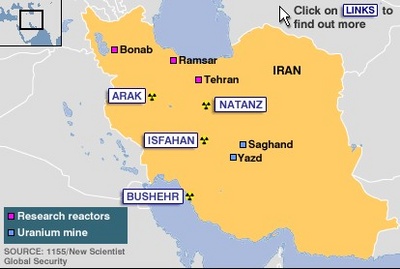 US Defense Secretary Robert Gates acknowledged that even if Iran were attacked, that does nothing to alter Iran’s nuclear prospects – except provoke them to develop the very weapons that the evidence suggests are not now being produced. Is this a calculated move to exert pressure on Tehran? Or to provoke them? Or is this a move by Washington to buy time from an "ally" that threatens an attack – with disastrous effects on US interests and those of its genuine allies?

To catalyse a climate of insecurity among Jews, pro-Israelis periodically claim that Iranian President Mahmoud Ahmadinejad proposes to "wipe Israel off the map." A correct translation confirms that what he urged is that "this occupation regime over Jerusalem must vanish from the pages of time." Akin to the widely sought demise of the oppressive Soviet regime, that proposal enjoys the support of many moderate, secular and non-Zionist Jews who have long recognised the threat that Jewish extremists pose to the broader Jewish community.

No one can explain why Iran, even if nuclear armed, would attack Israel with its vast nuclear arsenal estimated at 200-400 warheads, including several nuclear-armed submarines. In mid-July, Israeli warships deployed to the Red Sea to rehearse attacks on Iran. As in the lead-up to war with Iraq, former Deputy Defense Secretary Paul Wolfowitz is again beating the war drums. This is the same adviser who, four days after 9-11, advised G.W. Bush to invade Iraq.

Citing Iran’s "covert" facility, Wolfowitz claims it is "clear that Iran’s rulers are pursuing nuclear weapons…Time is running out." Without a hint of irony, he argues that Iran (not Israel) "is a crucial test of whether the path to a nuclear-free world is a realistic one or simply a dangerous pipe dream." In calling for "crippling sanctions," Howard Berman, Jewish chairman of the House Committee on Foreign Affairs, expressed similar concerns as did Ileana Ros-Lehtinen, senior Republican on the Committee and also Jewish. 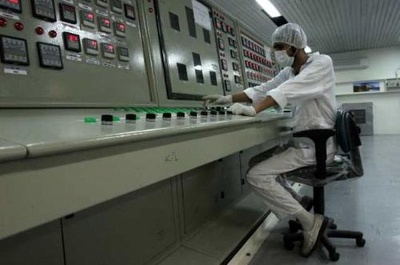 If pro-Israelis cannot induce a war with Iran, the ensuing stability will enable people to identify who fixed the intelligence that deceived the US to invade Iraq. Only one nation possesses the means, motive, opportunity and stable nation state intelligence to mount a covert operation over the lengthy period required to pre-stage, staff, orchestrate and successfully cover-up such an act.

Like Afghanistan, Iran does not have a military solution. Nor does Iraq. Geopolitically, the greatest casualty of war in the region was the United States – its credibility tattered, its military overextended and its finances devastated by a debt-financed war that Nobel laureate economist Joseph Stiglitz projects could reach $3,000 billion. Compare that with the speedy exit and a $50 billion outlay that Wolfowitz assured policy-makers could be recovered from sales of Iraqi oil.

Those who induced that invasion persuaded Americans to commit economic and geopolitical hari-kari. No external force could have defeated the sole remaining super power. Instead the US was deceived – by a purported ally – to defeat itself by an ill-advised reaction to the provocation of a mass murder on US soil.The only sensible and sustainable solution is one that serves unmet needs in the region while also restoring the credibility of the US as a proponent of informed choice and free enterprise. While making transparent the common source of the deceit that induced the US to war, policy-makers can also lay the foundation to preclude such duplicity in the future. That requires consultation among the US, its true allies and those nations in the region most affected by this treachery. 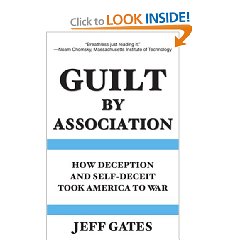 Only a design solution can counter today’s systemic sources of conflict, including the extremism fueled by extremes in education, opportunity, wealth and income. As with the fixed intelligence that induced the US to war in Iraq, those sources of conflict are obscured by a compliant and complicit media with an undisclosed pro-Israeli bias.

A transnational network of think tanks could expose in real time how facts are displaced by what "the mark" can be deceived to believe. With the media dominance of pro-Israelis in the US, Canada, the UK, Germany and other Western allies, that task must include the capacity to show how this deceit operates in plain sight yet, to date, with impunity. Absent such transparency, systems of governance reliant on informed consent will continue to be manipulated to their detriment by those who hide behind the very freedoms that such systems are meant to protect.

Running parallel with that transparency initiative must be an education programme that deploys the best available technology to close the gaps in learning that sustain extremes in opportunity. Only a truly international effort can succeed in that essential task. Only trans-cultural education can preempt the mental manipulation that induced war in Iraq and now pursues war with Iran as proponents of The Clash of Civilisations gradually transform that concept into a reality.

What we now see emerging is yet another example of how wars are induced in the Information Age. Why would anyone expect modern warfare to be waged in any other way? As the common source of this duplicity becomes transparent, the solution will become apparent. 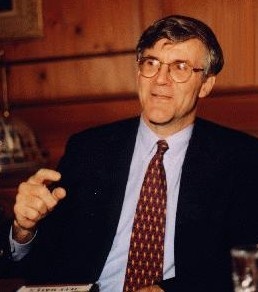 Lasting peace requires a Marshall Plan able to accelerate the transition to the Knowledge Society. This systemic challenge cannot be addressed absent a systemic strategy. The restoration of friendly and cooperative relations must include the practical steps required to heal this widening divide with education at the core.