It’s now well known that Israelis and pro-Israelis “fixed” the intelligence that induced the U.S. invasion of Iraq. What’s not yet widely known is how. If peace-seeking nations hope never again to see deceit operate on such a scale, those deceived must learn this lesson before these same operatives induce a war with Iran.

To “wage war by way of deception” (the motto of the Israeli intelligence service) requires the capacity to operate in plain sight yet without detection. To detect this duplicity in real time requires a grasp of how Israeli strategists rely on three key categories of operatives: agents, assets and sayanim (Hebrew for helpers or volunteers).

Agents are fully conscious of the intended goal of an operation. Intent is what distinguishes premeditated murder from involuntary manslaughter. Culpability is gauged by the state of mind. Agents operate with what the law calls extreme malice and an “evil mind.” Thus the severity of the sanctions for premeditated capital crimes.

Assets are people profiled such that—within an acceptable range of probabilities—they can be relied upon to behave consistent with their personality profile. Assets lack the state of mind required for traditional culpability due to their lack of intent. Assets contribute to an operation simply by pursuing their subconscious personal needs. Typically those needs are for recognition, influence, money, sex, drugs or the greatest drug of all: ideology.

Put a profiled asset in a pre-staged time, place and circumstance and Israeli psy-ops specialists can be confident that—within an acceptable range of probabilities—that person will perform consistent with their profile, much as Bill Clinton behaved with White House intern Monica Lewinsky.

Israelis are indifferent to political parties. Pro-Israeli assets include Christian Zionist presidents Harry Truman, a Democrat, and George W. Bush, a Republican. Both were reliable and pliable advocates for a geopolitical agenda pursued by an enclave of Zionist extremists. Truman granted them nation-state recognition while Bush dispatched the U.S. military to help pursue their expansionist goals for Greater Israel.

Sayanim play a role akin to military reservists who can be activated on short notice to support Israeli operations. These helpers are shielded from criminal culpability by being told only enough to perform their narrow role. Because recruiters ensure these volunteers are kept ignorant of the broader goals of an operation, they could easily pass a polygraph test. Their narrow intent: to respond promptly to requests to assist Israel.

That assistance could be logistics, medical care or intelligence gathering. Sayanim routinely staff the “in between” positions in political offices. Morris Amitay, a former executive director of the American Israel Public Affairs Committee (AIPAC), described the strategic role played by sayanim in U.S. policy-making:

There are a lot of guys at the working level up here [on Capitol Hill]…who happen to be Jewish, who are willing…to look at certain issues in terms of their Jewishness…These are all guys who are in a position to make the decision in those areas for those senators…You can get an awful lot done just at the staff level. 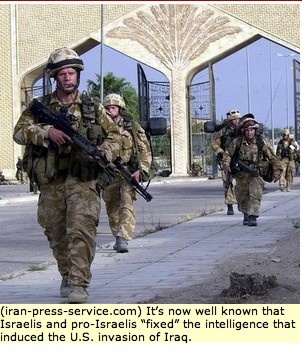 Author Victor Ostrovsky, formerly a katsa, conceded in 1990 that the Mossad had 7,000 sayanim in London alone. What this vast volunteer corps is not told is that an operation may endanger not only Israel but also the broader Jewish community when Tel Aviv is linked to extremism, terrorism, extortion, organized crime, espionage and treason. Ostrovsky explains in By Way of Deception:

…the Mossad does not seem to care how devastating it could be to the status of the Jewish people in the Diaspora if it was known. The answer you get if you ask is: “So what’s the worst that could happen to those Jews? They’d all come to Israel. Great!”

The signaling system for pro-Israeli operatives remains opaque. Yet to be explained by this U.S. ally is why, for instance, ten days before the mass murder of 911, Tel Aviv announced a $1 million grant to super-spy Jonathan Pollard.

As the duplicitous how of this Information Age warfare becomes transparent, the consistency of this treachery will become apparent as will its common source. Jurisprudence will need to adjust to ensure that those aiding such “evil mind” operations are held accountable consistent with the gravity of the crimes. Those crimes include ongoing treason, a capital offense.

In combination, agents, assets and sayanim provide a powerful force multiplier that enables an extremist few-within-the-few to wage war non-transparently yet in plain sight. Thus their key role in the “in between” domains—media, pop culture, think tanks and politics—where duplicity can be deployed to displace facts with what “the mark” can be deceived to believe.