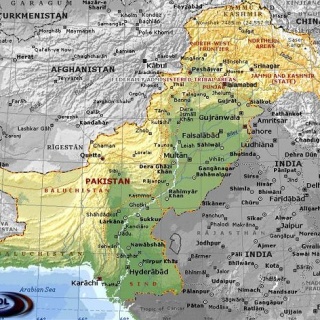 TOP MILITARY AND ACADEMIC EXPERTS WEIGH IN ON AFGHANISTAN

An informal study group composed of research specialists and former senior military and intelligence officials, diplomats and government officials from the US, Britain and Pakistan and other interested countries is examining our combined understanding of the situation in Afghanistan and Pakistan.  In combination with Opinion Maker in Pakistan and Defense of the Realm in Britain, we are examining how a cascade of errors and ill considered moves has brought about the dangerous situation facing the world today.

Putting aside political agenda’s, we hope, will lead to an end to hostilities and increased international respect and understanding.  In the interim, here are some of the issues we are examining:

It is easy to grab onto any one hypothesis and move forward without reason, without rationale, based on belief and a desire to "win."  In the end, nobody asks the hard question:  "Win what?"  Are we looking for solutions that realign the world’s borders based on language, race or ethnicity or are we conquering the schizms that separate the great religions?  Are we dealing with the complexities of changing world economies and geopolitical intrigues and conspiracies?

Whenever we try to express the current conflict in terms of terrorism insurgency, tribal conflict will always be the most supportable hypothesis. 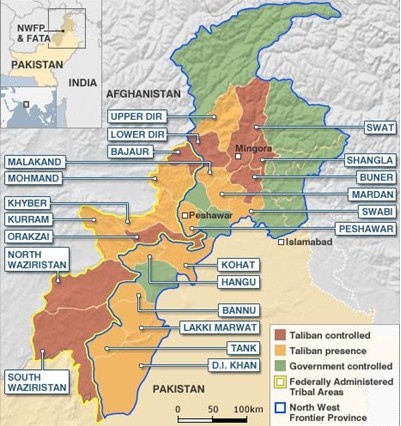 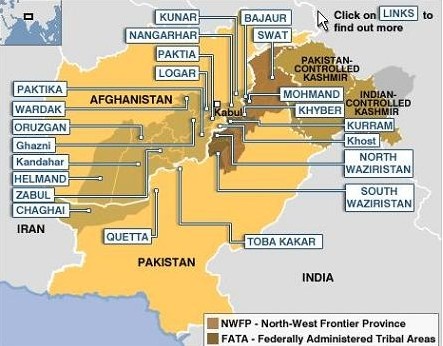 Is anything of what we believe actually "fact based?"  Do we really know what we think we know?  This is where we will begin.  Key to understanding is the historical context of the region, expecially the division of Pashtun regions into Afghanistan and Pakistan in 1893 by the Durand Line, meant to separate British and Russian spheres of influence.  This century old ill conceived solution is killing thousands and destabilizing nations today: 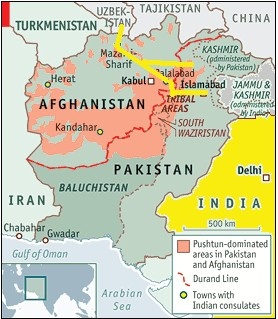 A few of the areas of discussion will be:

The current military efforts of NATO to support the Karzai government in Kabul have had questionable results over recent months.  Below is a map showing the deteriorating situation for the Kabul regime during the last years of the Bush presidency in the US: 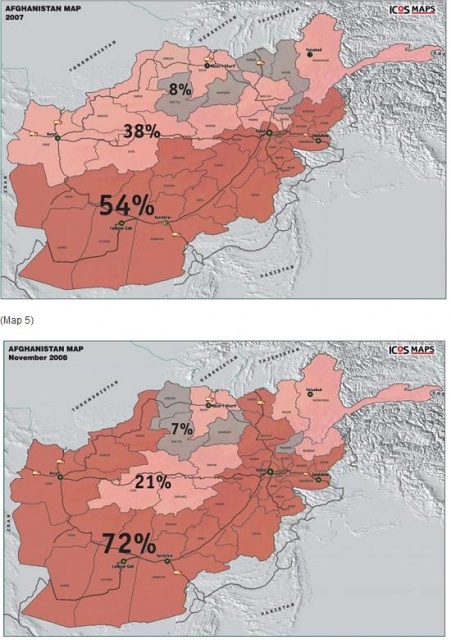 These are a few of the issues we are looking at.  Meetings are scheduled in Pakistan which will include as many parties as possible.  We have only begun to scratch the surface in dealing with issues that involve the lives of millions, not only in Afghanistan but in neighboring countries and semi-autonomous tribal regions and bordering nations.  The lives lost during the post 9/11 conflicts weigh heavily on us all.