What do you have to do to get arrested in the United States or Great Britain.  We are watching the coverup of the rigged invasion of Iraq for profit falling apart in Britain.  Tony Blair, who is being proven to be war criminal closer to Hitler than Noriega, is absolutely certain he will go scot free despite being totally “busted.”  Even an attorney like John Ashcroft could get him in front of a firing squad.  If we began down the same path here in the US, Bush and his whole gang would be, either doing time, or waiting for the needle.  No new laws, just one honest cop dragging the gang in front of a US Magistrate as our laws demand, laws we all seem to have forgotten.

Why stop there?  We talk “term limits” as though we weren’t really saying “People should only be allowed to be criminals only so long before more are hired to take their places.”  Are we so deluded that we think we are going to get a turn at the trough?

If you are going to draw a line in the sand, it has to be at 9/11, the “Rubicon” of American history.  Even if you accept the cover story, airplanes that dissolve, buildings that magically implode, disappearing air forces, missing videos as “trillion to one” coincidences and discard  the thousands of airline pilots, military officers, engineers, all patriotic Americans that spend their lives raging in helpless frustration at the inability to make anyone care, the whole filthy and disgusting mess, history still stops dead at 9/11.  Anything we do from now on will be built on a mountain of horse manure.

Rubicon, watershed, national suicide, false flag, treason, mass murder…..these are just words, words we hear every day.  They get thrown around so much they mean nothing at all.  We know a few things without having to prove the magic of Building 7 at the World Trade Center simply disappearing for no reason at all or the endless mechaniations of billions of dollars in profits, from the WTC leases to the stock manipulation to the “slight of hand” used to collapse the world economic system with only middle class and poor having any real losses.  Rigged.  The whole thing was a game.  If you have another explanation, please let me know.

Why do I have nightmares about Palestinians dancing on the deck of the USS Liberty with the ghost of Osama bin Laden looming over them?  If you watch the MSM for your news, you read this and scratch your head.  If you ask hard questions and love your country, my vision will remind you of the rage you feel inside.   Getting the truth in America is akin to shopping for a back alley abortion in pre Roe v. Wade America.

I don’t want to prove anything.  We had a commission for that.  Folks like Donald Rumsfeld came in front  of the 9/11 Commission and told one childish lie after another.  How he got out of the building without being handcuffed and dragged to Gitmo himself, I can’t imagine.  I wonder how the commission members felt having to thank him for his “patriotic efforts” knowing he wasn’t just the stupid liar he seemed, but more likely part of some criminal conspiracy.  It is all there on the public record.  A child could find it.  Where are the children?

9/11 is a game, even for President Obama.  He is so utterly stupid that he is using the honest questions about this national tragedy to attack “conspiracy theorists” who he believes are responsible for his loss of crediblity.  Has he considered that spending a year sitting on his brains might be causing people to lose confidence in him?  I have these thoughts more than occasionally and I worked to have him elected.  How do you spell t-o-o-l?

I don’t want to talk about Patriot Acts or “nano-thermite” that makes buildings fall down or why dozens of key government officials seem to be working overtime to grind the United States into the ground for a handful of coins.  Why can’t we just have some simple law and order, Texas style, you know, the George “W” Bush kind, arrest them, execute them and declare them guilty.  Who better to be subjected to real justice than someone who has dedicated his life to deny it to others?

Please!  Anyone who has tried to tell me the Pentagon was hit by an airplane, a huge airliner with no wings, engines, baggage, fuel, tail assembly, a plane that could fly corkscrews around an F16, please, get me those folks, handcuffs, burlap bag over the head and about 20 minutes of taser time just for “bad attitude.”

Hey, here’s a good one.  If you want to duplicate the dynamics of an aircraft engine hitting the side of the Pentagon, an engine full of parts that are indestructible, let’s do this:

Buy a can of dog food.  Throw it at the base of a stone wall as though it were a handball.  See if it vaporizes or bounces back and hits you in the face.  While wiping the blood off the moderately dented can and picking up the chipped tooth, imagine increasing the speed by 400% and the hardness of the can by 2000%.  Would the engine have flown 100 yards?  Would the wall have been filled with shredded aluminum, titanium and ceramic chips?  Who needs the NTSB, we could do this in an episode of Jackass on MTV.

TRY DRIVING YOUR CAR THRU THE REAL HOLE IN THE PENTAGON

Before the wreckage was removed, there was no wreckage.  Was the Pentagon hit by a motorcycle?  Why don’t we see this real photograph?  Can someone build a mockup and test to see how many thousands of hours and the type of machinery it would take to cut an airliner to pieces, collect those parts from a normal 80 acre crash site and carry them all inside two offices?

DENIALISM, THE DISEASE OF THE “DISINFORMATION AGE”

For decades we fought over whether cigarettes caused cancer.  Scientists working for tobacco companies, Nobel prize winners, cancer specialists, famous humanitarians, one after another in an endless parade swore up and down that there was no rational science behind ties between smoking and any illness, much less cancer.  Little has changed since then.

Knowing how few Americans can really use a computer, much less access information from the internet, or, as with members of Congress, that facility known as the Library of Congress, one of the world’s largest information storage and retrieval systems with millions in funding and hundreds of “finders and lookers” at  their beck and call, may have to replace Google as a source of information.  What information are we talking about?

What does a smashed dog food can or, perhaps a jet engine actually look like after hitting something at terminal velocity.  I will save Congress the millions of dollars and the need for a blue ribbon panel of physicists, knowing that the global warming debate is taking up all their time anyway.  For your enjoyment, a real photograph of a real jet engine: 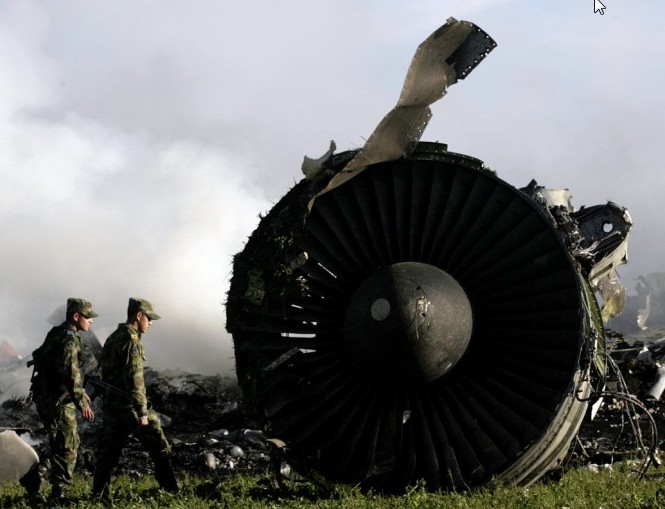