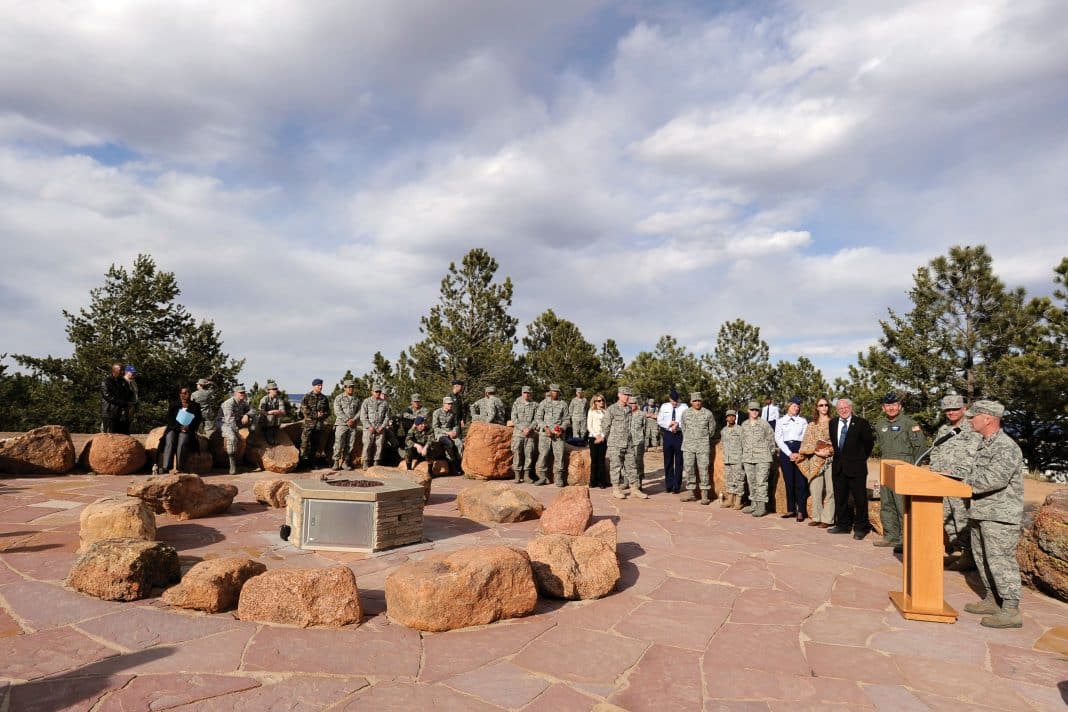 Evangelical Christians are at it again. The proselytizing only-through-Christ bunch has now taken up desecration of non-Christian religious sites: Not Jews this time but Wiccans. What the hell goes through the minds of these evangelicals who think they can tell other religions—at a military academy no less—what to believe? At their core, evangelicals who despise pluralism are infantile.

Update: In celebration of holy Super Bowl Sunday, I want to urge readers to check out the new book, Onward Christian Athletes by Tom Krattenmaker.

Not for Jews, Wiccans, Muslims, Football-Only-though-Christ. This is a critical book and Krattenmaker is brilliant.

By DeeDee Correll—Reporting from Denver

The Air Force Academy stung several years ago by accusations of Christian bias, has built a new outdoor worship area for pagans and other practitioners of Earth-based religions.

But its opening, heralded as a sign of a more tolerant religious climate at the academy in Colorado Springs, Colo., was marred by the discovery two weeks ago of a large wooden cross placed there.

‘We’ve been making great progress at the Air Force Academy. This is clearly a setback,’ said Mikey Weinstein, a 1977 graduate of the academy. He is the founder of the Military Religious Freedom Foundation and has often tangled with the academy over such issues.

Although he credits the academy’s superintendent, Air Force Lt. Gen. Michael Gould, with an improved climate of religious tolerance, Weinstein criticized other academy officials as trivializing the incident, which he said was not revealed to cadets.

Rhetorically addressing academy officials, Weinstein said Tuesday, ‘It’s been two weeks — were you going to get around to telling them about this horrible thing that happened, and why haven’t you?’

Academy spokesman John Van Winkle said officials reported the situation to those on base and issued a message reiterating the school’s policy of religious tolerance and respect.

In a statement, Gould said, ‘We absolutely will not stand for this type of destructive behavior. I consider this no different than someone writing graffiti on Cadet Chapel.’ In 2004, an academy survey found that many cadets felt that evangelical Christians were imposing their views and harassing non-Christians at the school.

The following year, an Air Force task force determined that there was no overt discrimination but the academy had failed to accommodate the religious needs of some cadets. Since then, the academy has worked to change that, Van Winkle said.

“It boils down to the key issue of respect — respect for everyone’s right to practice their faith as they choose,’ he said.

Specific steps include the creation of a Cadet Interfaith Council that identifies upcoming religious holidays and helps adjust cadets’ schedules to observe them.

The academy — which also has worship areas for Catholic, Protestant, Muslim, Buddhist, and Jewish faiths — already had a designated area for Wiccans, pagans, and followers of similar traditions, but it was located on the north end of the 19,000-acre campus and was not easy for cadets to visit, Van Winkle said.

The new site, a collection of stones set in a circle unveiled late last year, is closer to where cadets live and train.

Modern Wicca is a reconstruction of ancient European pagan religions and is based on respect for Earth, nature and the seasons. On the weekend of Jan. 17, Weinstein said a client of his organization who is based at the academy spotted a cross, constructed of railroad ties, propped against a rock at the center. The client reported it, and the Office of Special Investigations began an inquiry.

Weinstein did not attend the meeting but said that faculty members who did described the official reaction as tepid.

One faculty member, who attended and asked not to be named because of the sensitivity of the matter, supported Weinstein’s characterization of the meeting.

The reaction would have been stronger, Weinstein said, if another worship center had been involved. Had a swastika been placed in the Jewish center, ‘heads would be rolling,’ he said. Van Winkle said he saw the video of Born’s address: ‘She downplayed nothing. She addressed the expectations, the issue and moved on.’