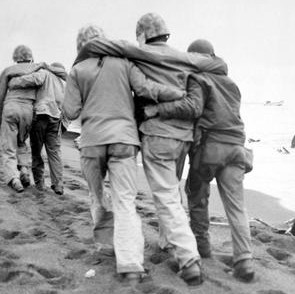 NO MORE CONTROLLED PRESS AND “POLITICS AS USUAL”

I am sick and tired of what I see around me, like most Americans.  Trillions of dollars and thousands of lives and we have more enemies, with better weapons every day.  Every time I listen to the news or pick up a paper, what I am told is either less than half truth or entirely a lie.  Every time I open an email or hear from an American swearing an oath to stop seeing our country stolen from us, I find they are getting paid off by the same people who pay off the reporters, the politicians and, I am beginning to suspect, pay the people who dress up and play “terrorist” to keep the whole lie going.

It’s all a lie, all of it.  Everything that is on TV, everything said by a “group” with fancy email and lots of expensive, well paid “fatass” writers, everything we hear from a “pundit” or TV talking fool is all paid for.  We aren’t paid.  If we still have food, money for a dentist or to keep tires on a car, we are doing better than average.  Why then are millionaires telling us how bad things are?  It’s simple.  Lying to Americans is a growth industry.  Paying the liars is a group that would see this country burned to the ground if the money was good enough.  Who are we talking about?  We are talking the bankers, the Wall Street scammers, AIPAC, the “televangelists,” our defense industry, every lobbyist in Washington and the two crooked political parties that have turned Washington DC into a “Disneyland” for thieves.

THE PEOPLE “IN BETWEEN”…THOSE WHO TELL US HOW TO THINK

All of these clowns have one purpose in life.  They steal enough money to buy a huge house, join a fancy country club, fly around on private jets, send their kids to fancy private schools and hide enough money to make sure their families never have to do any real work for generations.  When that is done, then, and only then, will they work to do something for America.  Funny thing, that “time to do something for America” never comes, never has, never will.

These are our generals, our Senators, our “regulators,” those meant to protect and manage, and paid, very well paid to do it.    They don’t work for America.  They work for “their” peers, the people who take our tax money and pay themselves hundreds of millions in bonuses, rewards for losing money, rewards for stealing and getting away with it, rewards for using the press, the political parties, and the phony “activists” led by well paid thieves that get Americans blaming each other instead of going after those responsible.

Study the “revolving door” in and out of government.  Today you work inside government helping the rich steal from the poor.  Tomorrow you are the rich.  Where does the money come from?  Guess.

FOXES IN THE HEN HOUSE, HIDING IN PLAIN SIGHT

Who leases buses and sends “tax protesters” around the country?  Big bankers pay the bills, them and insurance companies, crooked banks and defense contractors, paid through their lawyers who pay lobbyists who put up websites with “proxy servers” so “patriots” don’t know they are dupes.  Who complains about the suffering of the poor?  Is it cigar chomping millionaires with private planes, overseas bank accounts and tearful pleas for America’s unemployed?  Who owns their TV networks?  Have you ever checked?

Look behind the ownership of your newspapers and networks.  You will find Israel primarily followed by a collection of defense contractors, and ‘financial institutions.”  What do they have to gain by blocking real news or lying?  I don’t know, does a decade of war have something to do with it?  How does “Mr. Monk” figure out who commits a crime?  He goes after the person who has the most to gain.

Israel gains when we fight wars for them?  They pay a few million in Washington, actually money we give them, and they “rent” the biggest army in the world for free.  We even give them more money to boot.  Not only that, they make billions selling weapons.  Who makes the MRAPs (mine resistance ambush protected vehicles) for the Marine Corps?  Israel does.  Can Americans make their own, better and cheaper?  Of course they can.  When India bought new AWACs make with American technology, technology to be used against Pakistan, our primary military ally in Asia, who made the money?  Israel!  When Iran gets the important weapons upgrades they need, who sell them?  You will love this.  Israel, but they do it thru “cut outs” so nobody will know they are supplying their own enemy.  Remember “Iran/Contra” when all those weapons were traded to Iran and America only got cocaine in return?  Israel cut the deal and armed the “Islamic Revolutionary Guard” they now want us to attack for them.  What a great world we live in.

Have you read any of this in the papers?  Have you seen it on Fox News?  Do you know who owns Fox News and pays Glenn Beck and Rush Limbaugh?  Check on it, you won’t believe it.  You also won’t be reading that in the papers either.  In fact, the only thing you can be sure of when you turn on the TV is that you are either being told a lie or something important is being kept from you.  Otherwise, why would they report it at all.  There is no money in telling the truth.  You don’t get rich unless someone is being cheated, having their kids killed in a war or their pensions stolen by crooks.  That “someone” usually a normal, everyday American citizen.

SO YOU WANT TO BE A PATRIOT BUT DON’T KNOW HOW?

Let’s lay out some common sense rules for ourselves:

HOW DO WE START WINNING BACK AMERICA?

Lets lay our some common sense ideas for ourselves:

With decades of being duped, you would think we would be getting tired of it.  The 9/11 Commission claims they were “duped” by the Bush administration but nobody wants to ask any of the hard questions.  Now, after years, we seem to be talking to the Taliban.  Why couldn’t we do that 9 years ago?  When America woke up “flat broke and busted” in 2008, why did a country that spends billions on “intelligence” not know that it was a “basket case” itself?  The Pentagon claims the Bush administration “misplaced” $295 billion during the Iraq War, mostly on payments made for things we never got.  Are we too shy to ask for our money back?

If we can’t believe our government, and nobody does, who can we believe?  When those close to us send us emails filled with hate and lies what do we lose?  Maybe we can start by defining truth.  Truth is something that isn’t a lie, no matter how many people choose to believe it because it makes them feel better, safer or lets them blame others.

Anyone who lies is an enemy of truth, whether its a newspaper, a politician, a judge or your pastor.  Lies always seem to have one message behind them.  Don’t look for thieves, blame each other, don’t ask too many hard questions and trust the rich and powerful, G-d chose them to take care of us and make all our decisions.  There is one real truth:

THE ENTIRE WORLD LOOKS TO AMERICA FOR JUSTICE, SAFETY, STABILITY AND LEADERSHIP.  WHATEVER ANYONE SAYS, EVERYONE WANTS TO LIVE IN AMERICA AND BE AMERICAN BECAUSE OF WHAT WE HAVE STOOD FOR IN THE PAST AND CAN STAND FOR AGAIN.  THE PEOPLE WE THINK HATE US ARE REALLY TELLING US:  BE AMERICA AGAIN, WE NEED YOU.